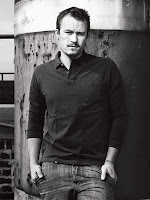 Can you believe it folks? In just a few hours, 2009 will be upon us. You know what that means; time to reflect on the year that was. A year of highs (Robert Downey Jr! Barack Obama!) and lows (“The Love Guru”! The economy!). Despite a failing economy, the box office was better than ever, with “The Dark Knight” nearly outgrossing “Titanic” and even “Beverly Hills Chihuahua” getting to make a few bucks (unfortunately, so did “High School Musical 3″ and “Twilight”). A good explanation for this could have that in these dark times, escape was needed. And movies this year provided the perfect paradox of both escaping reality and having us examine it at the same time. 2008 was also the year in which politics more than ever vastly shaped pop culture. Thanks to the election, “Saturday Night Live” suddenly shot back into relevance while Jon Stewart and Stephen Colbert further proved themselves to be the voices of this generation. Without further adieu, here are some of the things that shaped the year that was 2008:

Entertainer of the Year: With three Emmys, a hit movie, a brilliant TV show, and a brilliant impersonation, this year all but belonged to Tina Fey. Her “30 Rock” provides the best showbiz satire and example of imagination on TV. Most notably though, was her Sarah Palin impersonation on “SNL.” She captured the less fine qualities of the Alaskan governor/Northern Exposure extra by simply taking many of Palin’s words verbatim (with a little tweaking) and doing a spot-on voice impersonation. When comparing real Palin to fake Palin, it’s impossible to tell who the real thing is. Now, that’s good entertainment.
Other Contenders: Robert Downey Jr., Jason Segal, Russell Brand, Sarah Palin, Heath Ledger, Jon Stewart, Stephen Colbert, Sarah Silverman, Rob McElhenney & Kaitlin Olson
Best Movie*: This was quite a fantastic year for movies, but after much thought I realized the award goes to “Slumdog Millionaire.” This tale of a boy from a Mumbai slum who went on an incredible life journey to become a contestant for “Who Wants to be a Millionaire” is virtually flawless in every way. It contains a great portion of laughs, cries, and thrills that all coincide to create a perfect whole. Plus, the film’s great editing and beautiful cinematography make it stunning to look at. Even though the audience might know Jamal’s fate from the very beginning, “Slumdog Millionaire” proves that a film is more about the journey, than it is about the conclusion.
Other contenders: Tropic Thunder, Forgetting Sarah Marshall, In Bruges, Dark Knight, Iron Man
Best TV Show: “The Office” and “South Park” both had their ups and downs. I have given up on “Family Guy.” Season 3 of “30 Rock” has unfortunately not lived up to season 2 (but I have faith in Fey. “Lost” was at the top of its game, but the true best show of ’08 is perhaps the most underrated: “It’s Always Sunny in Philadelphia.” The fourth season of this daring comedy about five of the most self-centered people on the planet went to new lengths to show just how desperate and pathetic (yet…ambitious) these people are. Yet in their misdeeds, creator Rob McElhenney gives us a sort of sympathy for the characters and something so lovable about them that it’s hard to change the channel even if they are planning on eating someone or abusing a homeless guy. For it’s audacity and sense of humor in the absolutely ridiculous, “It’s Always Sunny” earns my love, and hopefully yours too. And one day, maybe the Emmys will finally tune in.
Best Song: No contest. M.I.A’s “Paper Planes” was quite possibly the most listened to song on my iPod throughout this year. I am not great at analyzing music, but the upbeat tune had me ready to face anything after listening to it. And it went great in the “Pineapple Express” trailer and in “Slumdog Millionaire.” M.I.A has described her music style as being “other” which is exactly what it is, a mix of hip hop, punk, etc. It’s a style of her own, and “Paper Planes” defines it.
Saddest Death: The shock of seeing rising star Heath Ledger’s name in the obituaries just months before his finest performance in “The Dark Knight” was tragic. But the death of Paul Newman got to me most. I have lived in the same town as him all of my life and even though I never met him, I feel a special connection to him for that very reason. Mainly though, he was just a good man who devoted his life to helping people and forever changed cinema with performances like “Cool Hand Luke” and “Butch Cassidy and the Sundance Kid.” His coolness will never be topped, nor will it ever be forgotten.
So what were some of your favorite things in 2008. This is your last chance to let me know before 2008 concludes. Until then, happy new year and thanks to all who have continued to read my blog throughout the year. A whole new year of posts is yet to come.
*Note: A list of the 10 best films of 2008 will be coming soon, after I get to see Benjamin Button, The Wrestler, Frost/Nixon, Revolutionary Road, Gran Torino, and any other Oscar bait only playing in big cities. But, that’s what I get for living in the suburbs.
Share on Tumblr