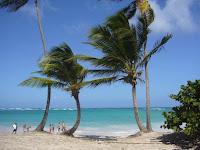 From Friday, April 10 to Saturday, April 18 no new posts will be up. During this time, I will be in the Dominican Republic, building an aqueduct for a poor, waterless community. Hopefully, I will return with much video footage and maybe reviews of “Adventureland” (which I hope to see soon) and Parks & Recreation” (thanks NBC for deciding to premiere it on Passover. Not like many Jews like comedy anyway…). I don’t want to leave you on a bitter note so I will inform you that “Eastbound & Down” is officially coming back for a second season. Good. The more Kenny Powers, the better.

In the meantime, I hope this will alleviate your boredom:
Share on Tumblr