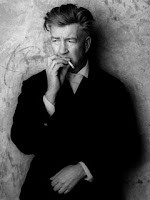 David Lynch has a new project on his hands, and it’s one you might not expect from the man.

Lynch, the director behind such strange psychological masterpieces about the lives of average Americans like “Eraserhead,” “Blue Velvet,” and “Mulholland Drive” hasn’t made a film since 2006′s somewhat mediocre “Inland Empire.” Now, he’s back. But this time instead of a movie, he has an album.
Unfortunately, Lynch does not sing on the album, but has written the lyrics for it. The album is called “Fox Bat Strategy: A Tribute to Dave Jaurequi.” The album is named after Dave Jaurequi, the album’s singer and guitarist who died in 2006.
Lynch has described the album as “modern 50s music.” When listening to Jaurequi sing, I am reminded somewhat of Lou Reed during his finest day.
Lynch is known for being able to take anything and put his quirky, authentic stamp on it; crafting movies that no one else would ever think of making. Can he do the same with music? “Fox Bat Strategy” comes out June 30. You can listen to a sample song below:
http://popwatch.ew.com/popwatch/2009/06/david-lynch-music-fox-bat-strategy.html
Share on Tumblr