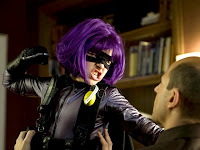 There has been an unreasonably large amount of articles lately chronicling the best films of the first half of 2010. As a journalist, I need to stay relevant. So, why not chime in as well.

So far, this year in cinema has been quite odd. So far, trash has just been piling on and on. Big films have either been disappointing or flat out awful. “Robin Hood” was an example of Hollywood desperately trying to market off an existing franchise. That one failed, miserably. Another movie, “The A-Team,” is an example of the death of both originality and intellect.
Yet, maybe the financial troubles of those two films could prove that the public is actually starting to search for quality, not crap. But then again, some really great films also had trouble finding an audience. And yes, there have been a few really great films so far this year, ones that will most likely make it onto my year end top 10 list.
The best films so far this year are a mixture of independent and mainstream. Some are ultra violent, and others are ultra silly. Since we are only halfway through the year, I will do only half of a top 10 list. Here are my five favorite films so far from 2010. They are listed in alphabetical order, as I still have half a year to decide what is truly best.
Fish Tank
Nobody can do Realism quite like the Brits can. “Fish Tank” is a gritty and unflinching look at the troubles of a rebellious teenage girl living in a London slum. It’s documentary-like style is almost painful; it introduces to moments that perhaps we aren’t even supposed to see. But we’re looking at it for the better. Even from a removed distance, we feel with the characters, and change with them. Challenge yourself to watch it; you won’t regret it. 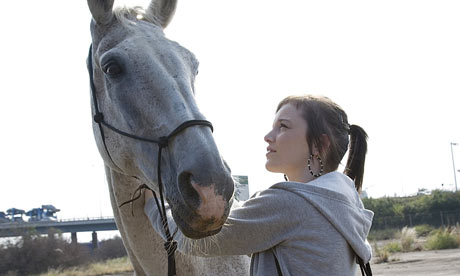 Kick-Ass
The movie to end all superhero movies, though it probably won’t. “Kick-Ass” manages to be so many things. While it’s a social satire about why superheroes can’t exist in reality, it’s also a fine entry into the superhero genre. It’s one of the best made films in a while, and it contains some amazingly shot action sequences. It’s also not afraid to get gory. In a world where few things seem taboo anymore, “Kick-Ass” is the rare film that actually feels edgy for all the right reasons. Oh, and I have to mention Hit-Girl. Believe me, you’ll never stop talking about her.

MacGruber
By far the most underrated film of the year. Most unfortunately saw “MacGruber” as dumb and unnecessarily vulgar. Vulgar indeed, but not stupid. What exactly is the essence of the brilliance of “MacGruber”? Is it how it managed to take a one minute long sketch and develop it into a feature length story? Or is it how perfectly it mocked the action genre without repeatedly winking at the audience? I would say a little bit of both. I think what made “MacGruber” ultimately so satisfying is that it’s truly, originally hilarious. It might not have made as much as “Killers,” but I think we all know which one people will be talking about 10 years from now.

Shutter Island
If there’s one person on the planet who could make a mainstream film feel like art, it’s Martin Scorsese. “Shutter Island” could’ve been a total disaster, but all it really needed was someone with as extensive a knowledge of film as Scorsese has. The film is a throwback to ’50s noir. It utilizes cinematography and soundtrack to the highest degree in order to elevate the extremely creepy atmosphere. It’s brilliant technically, but it’s also given a heart by the emotionally complex performance by Leonardo DiCaprio, who proves himself a better and better actor everyday. And unless you’ve read the book, there’s a nice little surprise waiting for you at the end. “Shutter Island” is a movie made for movie lovers.

Toy Story 3
Few movies have the capacity to both make me cry and feel like a child again. Congratulations, “Toy Story 3,” on getting nostalgia down right. “Toy Story” captured two very important moments in my life: the beginning of my childhood, and the end of it. I remember seeing the first one in theaters, and I’ll never forget when I saw the third one. But if you didn’t grow up with “Toy Story,” then see it because it proves why animation is officially a respectable form of art in society. It’s fun and it’s filled with more actual jokes than just pop culture references. Pixar, keep being you.