It’s that time of year again. No, it’s not time to light the menorah, open gifts from under the Christmas tree, or, do whatever people do on Kwanza. It is time to somehow take every single movie this year, compare them, and somehow rank them against each other. It may be confusing, and it may be extremely unfair, but it’s something every critic must do.
However, I see this as less of a chore and more of a privilege, as every good movie is worth talking about an infinite number of times. While I originally thought this year was not the greatest year for movies, I found I was quite mistaken when looking back. There may not have been an “Inglourious Basterds” this year, but there were many other films that followed very closely in its tracks of greatness.
Still, I had a tough time deciding what film to choose for number one this year, because there actually were many worthy contenders. There were some films that broke out of typical Hollywood cliches and created stunning pieces of entertainment. Others explored the excitement, loneliness, and selfishness brought about by the Digital Age in quirky and unique ways. 2010 was the beginning of a new decade, and therefore the potential for a new era of filmmaking. What will the predominant style be? I cannot say because if the biggest films of this year say anything, it is that ambiguity is in.
I can now safely say I’ve seen enough movies in 2010 to make my list. So here it is, the ten best films of 2010:

1. Black Swan- There are few words that could ever truly do justice to this film. But for a movie this good, it’s worth a try. “Black Swan” is the kind of psychological thriller that has been told so many times. Yet, what sets this one apart is that it actually has something new and effective to say. “Black Swan” is the greatest achievement in cinema in 2010 because it simply made up the best movie experience possible, doing so little and accomplishing so much. Darren Aronofsky’s look behind the scenes of a ballet may not be totally realistic, but it was a perfect metaphor for the artistic process. “Black Swan” also comes with the best female acting of the year. Natalie Portman’s wounding performance constantly oscillates between evil and innocent, yet never lands on just one. “Black Swan” leaves the viewer with so much to chew on with only some closure. It may be ambiguous, it may not make sense, but in the end, this film will never leave your head. It leaves you with something, and it leaves you with nothing. 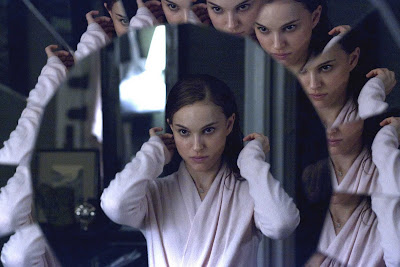 2. The Social Network- What’s the best way to make a movie about Facebook not seem totally lame and self-indulgent? Hire Aaron Sorkin as a writer and put David Fincher in the director’s seat. “The Social Network” is one of the most polished films of the year. While it has been labeled as factually inaccurate by most, it still remains powerful for a generation raised on the internet. The screenplay, this year’s very best, moves at lightning speed, forcing the viewer to think quickly in order to keep up with the banter. Best of all, “The Social Network” provides one of the best characters in recent memory: Mark Zuckerberg. He spends most of the movie being a cold, stuck-up, and manipulative genius and miraculously ends the film as a haunted, semi-pathetic anti-hero. Even if it isn’t very accurate, “The Social Network” is still the most informative and relevant film of the year.
Read Review

3. Inception- Now that all the hype and backlash have subsided, it’s time to once again talk about the sheer genius of “Inception.” With “Inception,” Christopher Nolan proved once again that there is a place for intelligence in mainstream cinema. Think about the scene in which the streets of Paris fold over, or the scene in which Joseph Gordon-Levitt fights the laws of gravity. “Inception” was the most thoughtful, well-crafted, and best of all, original blockbuster to come out in years. It was like a giant breath of fresh air circulating through the summer smut. Still, most people can only think about one thing: did that top fall or not? The real question should be this: if it did or didn’t fall, why would it matter?
Read Review; Extra Analysis 4. 127 Hours- Is Aron Ralston a bad person because he decided to go on a dangerous nature expedition by himself, without letting anyone know where he was heading? Maybe not a bad person, but certainly one deserving of his own film. “127 Hours” may be one of the finest achievements in Danny Boyle’s career. Boyle is the rare filmmaker who can make over-directing stylish and meaningful rather than overt and excessive. The film is commanded by an extraordinary performance by James Franco, who gives the phrase “one man show” a whole new meaning. Once that final scene rolls around, if tears aren’t streaming down your face, then you might just be the one who’s a bad person.
Read Review 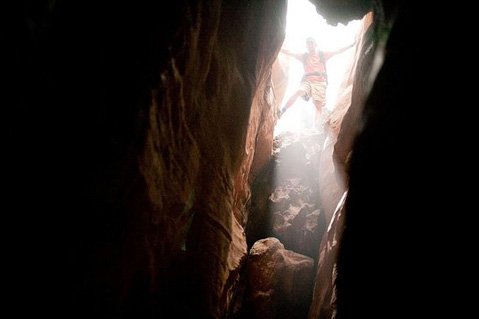 5. Scott Pilgrim vs. the World- “Scott Pilgrim” is 2010′s misunderstood masterpiece. People were probably turned off because it looked like a corny video game, or because they now hated star Michael Cera. To truly appreciate “Scott Pilgrim,” one must throw all expectations out the window. “Scott Pilgrim” is mashup satire, covering a wide variety of topics ranging from video games, to comic books, to hipsters and Asian fangirls. It perfectly hits all of its targets, without totally hating on them. Think of the whole thing as “Mortal Kombat” meets “Kick-Ass” meets that dude at the Vampire Weekend concert.
Read Review

6. Kick-Ass- There was yet another underrated graphic novel adaptation this year. “Kick-Ass” took on the superhero genre by becoming a superhero film itself. In that nature, it succeeded at being both satire and the subject it was satirizing. It’s also hilarious and marvelously shot. If there’s one thing that can’t be forgotten about it, it’s Hit-Girl. In the breakout role of the year, Chloe Moretz manages to be more mature than her superiors. She also drops a c-bomb and slices someone’s legs off. If there is one thing that truly sets “Kick-Ass” apart, it is how absurdly, delightfully over-the-top it is.
Read Review

7. The Kids Are All Right- This is good, honest, comedic writing at its very finest. “The Kids Are All Right” stars Julianne Moore and Annette Benning as a married couple on the verge of a familial crisis. “The Kids Are All Right” is funny at all the right moments and in the end, surprisingly sweet and unpredictable. The real magic here though is that this is the first film to be popular with mainstream audiences that barely makes a big deal out of homosexuality. It is simply a normal part of society. Good luck even finding if the word “gay” is mentioned once throughout the entire movie.
Read Review

8. Toy Story 3- Pixar almost always ends up in the top 10 list. Not because it is common courtesy, but because they actually deserve the repeated honor.”Toy Story 3″ is possibly the most emotional personal film Pixar has ever created, even topping the opening sequence of “Up.” “Toy Story 3″ is the rare sequel with an engaging and original story. Most of the jokes will be just as hilarious to adults as they are to kids. But really, nothing “Toy Story 3″ did from a filmmaking perspective overly impressed me. It is the fact that “Toy Story” first came out when I was a child, and ended when I got ready for college, just as it did for the film’s Andy. When the final credits for “Toy Story 3″ rolled, it wasn’t just the end of a great film series: it was the end of my childhood.
Read Review

9. True Grit- The latest film by Joel and Ethan Coen isn’t a genre-defying mind-bender along the lines of “No Country for Old Men” and “A Serious Man.” It isn’t a flat-out masterpiece like “Fargo” or “Blood Simple.” And it isn’t even in a category of its own like “The Big Lebowski.” “True Grit” is a pure genre film, and it brings out the very best of a great genre clinging for life. It includes a few great performances, mainly Jeff Bridges in full Dude element, and Hailee Steinfeld, this year’s other great breakout performance by a teenage girl. I have always seen The Coen Brothers as directors with mysterious motives. The motive is here is no mystery though. With “True Grit,” the Coen Brothers have created their first piece of pure, mainstream entertainment.
Read Review

10. MacGruber- “MacGruber” had absolutely no right to be this funny. It is based off a decently funny concept, and stars a decently funny comedian. Yet, here I am, talking about the best comedy of the year. It managed to perfectly satirize the action movie genre without constantly winking at the audience. It contains a lot of random gags (the license plate), and a lot that are just too dirty to ever be funny (those sex scenes), yet they are anyway. “MacGruber” is an example of correct execution. It contains a daring style of comedy that is unfortunately taken for granted.
Read Review