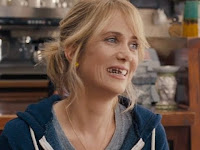 In most of the reviews for “Bridesmaids,” there seems to be a common consensus that this is the movie that proves that women can succeed in comedy. Well, that is wrong, considering the ongoing success of Tina Fey and plenty of other female comedians who have been working for years.

Nevertheless, “Bridesmaids” quite impressively breaks down the gender barrier between male gross-out comedy and female rom-com and creates, well, a gross-com. Or maybe a rom-out? You think of a better name.
The great thing about “Bridesmaids” is that, despite its nearly all female cast, it can connect to a variety of crowds. Kristen Wiig stars in that role she’s become known for: that awkward girl who moves her body too much and never says the right thing. Her character, Annie, has been assigned to the task of being maid of honor at her best friend’s (Maya Rudolph) wedding. Any attempts Annie makes at planning the wedding are sabotaged by Helen (Rose Byrne), a bridesmaid who is a little too good at planning fancy events. This turns into a jealousy fest that doesn’t spur a bride war, but rather a way for a lot of people to realize how screwed up they all are.
Everytime “Bridesmaids” headed down the usual rom-com path, it always took another turn that managed to prove me wrong. That’s because the film isn’t a rom-com, it’s a usual Apatow film that replaces men with women. While the film was advertised as the female “Hangover,” I would say the story is closer to “Forgetting Sarah Marshall” or “Knocked Up,” minus the weed. That is to say, Wiig is just as much of a sorry slacker as Jason Segel and Seth Rogen were in those movies. However, Wiig’s Annie proves to be even more pathetic than either of them ever were, even at their lowest points.

I think what helps the comedy mixture work best is the fact that the female writers (Wiig and Annie Mumolo) are paired with a male director (Feig). This team works well in other ways. Both the writers and the director know how to make awkwardness funny, and the director is also especially good at stepping aside and letting good writing and acting speak for itself.
Let’s discuss the writing: it is the main factor of why “Bridesmaids” has clicked so much with audiences. Unlike most mainstream comedy seen today, none of the jokes, dialogue, or situations feel forced. Most of them feel like they could have been improvised. Even the visual gags feel real. One visual gag I kept thinking about involves Wiig getting stuck on top of a gate after a morning walk of shame gone awry. Perhaps it is the character’s reaction that truly makes it work; it just feels like the way anyone would act in that situation. Feig is great at getting “real reactions” out of people (just watch “Freaks and Geeks” already, please).
That scene is just one of many examples of Wiig’s fantastic performance in the film. It is not surprising that a backlash has been forming against her recently. Unfortunately, the backlash makes some sense: she was basically pulling the same shtick in every single one of her performances. Here, she is playing that same uncomfortable, twitchy faced oddball she always plays. However, in “Bridesmaids,” she actually feels like a real person.

Wiig has matured as an actress, giving us a multi-faced character who changes throughout the course of the film. It might be fun to watch Wiig play with her hair and do her whole Penelope routine, but a little change every once in a while is never a bad thing.
Some of the other acting highlights of the film include Jon Hamm, who shows as always that he can play comedic sleaze as well as he can play dramatic sleaze. A few newcomers make a big impact on the film. Irish comedian Chris O’Dowd is perfectly deadpan and very sweet as Annie’s love interest.
The most notable scene stealer, however, is Melissa McCarthy as the slobbish bridesmaid with a heart of gold. McCarthy delivers hilarious (and very weird) dialogue at a pace that you have to try and keep up with. She establishes this with the very first lines she delivers. She is also the most riotous and disgusting part of the movie’s soon to be famous, ultimate gross-out scene. Oh yeah, about that scene; I will try and keep it mostly secret, but what I will say is that it will one day end up in the pantheon of comedy’s funniest poop/puke scenes. The fact that it is able to combine both and make it not just shocking, but actually funny, is an accomplishment worth celebrating. 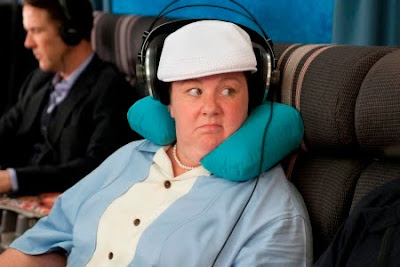 The only real problem with “Bridesmaids” is one that is common with Apatow helmed comedies: running time. Sure, the story flows smoothly and all the jokes are funny, but some jokes run on just a little too long. Some of the improvised bits definitely could have been cut down and been saved for a future blooper reel. Also, the ending seems a bit too formulaic. However, a little twist in the end credits puts an end to that.
Despite this, “Bridesmaids” is a special movie that, after over two hours, won me over. “Bridesmaids” is a testament to the fact that female comedy should be left to female writers because men don’t know anything about women, and women don’t know anything about men; that’s just life.
Most importantly though, “Bridesmaids” shows that the difference between a good and a truly memorable comedy is to have likable characters who have flaws and, in the end, are able to redeem themselves. That’s not just great comedy, that’s great writing. 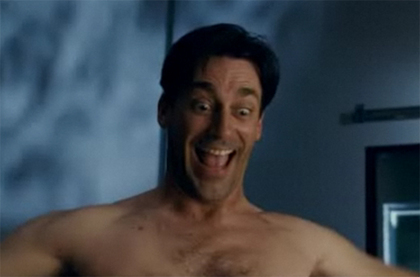 I predict in the near future that this image of Jon Hamm will become a meme. Make it happen, internet.
Share on Tumblr