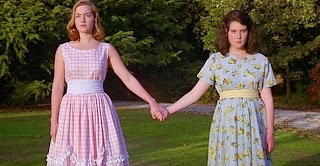 Peter Jackson’s “Heavenly Creatures,” the breakthrough film from the director of “The Lord of the Rings,” might as well be in a genre of its own. Call it fantastical nonfiction. That is, it bridges the great divide between fantasy and a frightening reality that actually occurred.

In 1954, quite, rural New Zealand was shaken by murder. Two teenage girls had murdered one of their mothers in what one could describe as “a crime of friendship.” The two were caught, imprisoned, and later paroled on the condition that they would never see each other again. Jackson did not make a story about the trial but rather about the events that led up to the murder, based on what is true, what is thought to be true, and what can’t be true under any circumstance.

The events of “Heavenly Creatures” take place in and around the small town of Christchurch on New Zealand’s southern island. The two teenage girls, Pauline Parker (Melanie Lynskey) and Juliet Hulme (Kate Winslet) meet in Catholic school. The introverted Pauline is immediately transfixed by Juliet, and how Juliet will talk back to the French teacher without even thinking about it. The two soon become inseparable best friends. They frequently escape into a fantasy world that they created, one that brings them away from their dull, suppressed lives. The fantasy starts to become too real and while the girls are present physically in reality, they are mentally gone.

After feeling that their friendship is becoming unhealthy, Pauline and Juliet’s parents make the decision to separate the two of them. The separation does no good and instead drives the pair into bouts of insanity. They ultimately hatch a sinister plan to be together forever, one that, even they admit, could only end in tragedy.

“Heavenly Creatures” is a movie of many questions, and many frightening possibilities. The whole story is one giant question about who the driving force of insanity here is. Were Pauline and Juliet naturally troubled, or were their descents into insanity caused by their separation? In a society that stressed conformity and deemphasized creativity, perhaps madness and fantasy were the only means of escape. However, this in no way justifies the terrible actions carried out in the film’s terrifying finale.

A driving force in the narrative of “Heavenly Creatures” is the widely circulated rumor that the two girls in question were lesbians. This is not played for an exploitative purpose, or to create controversy, but rather it serves as a lens into the psyche of these two teenage killers. Could physical love have explained why they were so inseparable, and why they so despised both the religion and the adults who raised them?

“Heavenly Creatures” is one of the great underappreciated gems of the 1990s. Jackson showed the ability of a director who would soon be able to make great movies on a much larger scale. The fantasy world created in “Heavenly Creatures” is one that seems fake, yet so tangible. The creatures the girls create look like a cross between Play-Doh and those little green toy soldiers. The special effects, while dated by today’s standards, still look impressive for something made outside of Hollywood, and without a blockbuster budget. I can’t wait to see what else the other filmmakers of New Zealand can offer in the years to come.

“Heavenly Creatures” begot not only a great director, but also two great actresses. This was Winslet’s debut role, and from her performance one could see why she would later become an international star and an Oscar winner. She gets so into this role, and she is so sinister yet so innocent at the same time. Lynskey  unfortunately has not achieved the same level of success as Winslet. She has had bit roles in a few very good movies (“Up in the Air”) and a few very good TV shows (“It’s Always Sunny in Philadelphia”), but she never achieved real stardom. Her performance here is as subdued and creepy as her character. She acts mostly through her narration and her disgruntled facial expressions and most of the time, you can never tell whether she is about to scream or about to kill someone. Hopefully, Lynskey makes a comeback one of these days. 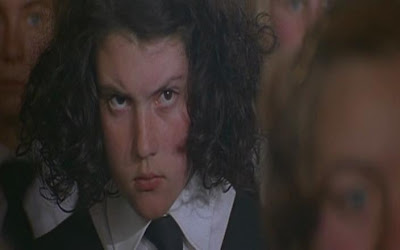 There have been a lot of scenes of violent cruelty in movies, but few have effected me as deeply as the ending scene of “Heavenly Creatures” did, despite being so quick and so sudden. What creates the impact is that there is 90 minutes of dread building up to it. Like in the ending of movies such as “The Conversation,” making an entire movie based off dread until the very final minutes is ultimately more rewarding. The more you wait, the more horrifying the crime feels. Peter Jackson is a master of suspense in disguise.

“Heavenly Creatures” should be seen for all of the reasons that people watch movies in the first place: to be transferred off to a place they normally wouldn’t be able to go to, to feel sympathy for people we shouldn’t feel sympathy for, and to simply be thrilled. We see both a foreign country in a time few of us would’ve known it in, and a world that exists entirely inside of two girls’ heads. Juliet and Pauline might be murderers, but they are also angst-ridden, isolated teenagers that anyone could relate to. It also shows a director’s admirable mission to painstakingly tell a difficult story right. And tell it right he did.