…I can finally start talking about important things again, such as the return of “Mad Men” on March 25. The show has been on hiatus for almost two years ago, and that unbearably long time almost made me forget how great this show is. “Breaking Bad” has taken over the spotlight as AMC’s best show, but one does not simply forget about “Mad Men.”

I bring this up because today, a very provocative teaser poster was revealed for the next season. Usually, teasers don’t mean much to me, but “Mad Men” creator Matthew Weiner can brilliantly tell the story of the entire upcoming season in just one image. From what I can tell, we will be entering a much less sheltered era. Things will become much more exposed, including Don Draper (Jon Hamm) himself. Weiner ambiguously says that by the end of this season, we will know what the show is really about. This fifth season could be the show’s best one yet. But let’s not get too ahead of ourselves yet. For now, take a look at the new poster. Discuss: 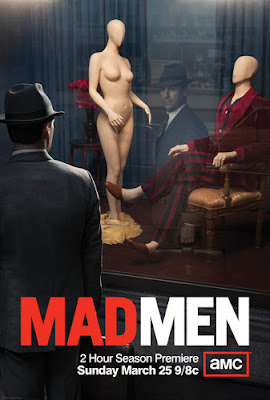 Read more over at The New York Times.
Share on Tumblr