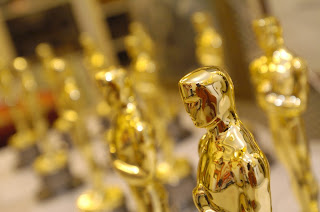 Given my age, I cannot officially endorse any drinking of any sort. So I will say that this game is for the 21+ readers out there (or if you are overseas, 12+ most likely). If you’re underage, then I guess you’ll just have to have a fun night with grape juice or something. Use your imagination. Many people have made Oscar drinking games in the past, but I would like to think that mine is at least slightly original. Here are the cues to drink. Feel free to add in any of your own: