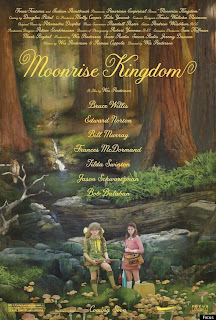 The great news yesterday from public relations land was that Wes Anderson’s “Moonrise Kingdom” will be opening the Cannes Film Festival on May 16. This is the second year in a row that an American film has opened the festival, after “Midnight in Paris” did so last year. So while the French might have taken over American awards ceremonies (thanks for that, “The Artist”), Hollywood swiftly took revenge. Or, at least that’s how I picture it happening. Your move, Sarkozy.

But enough with me imagining wars between America and France. As someone who saw my first Wes Anderson movie at the tender age of nine (a little too young, I admit), I speak from the heart when I say how excited this news makes me. Anderson deserves to fill a spot once taken up by Woody Allen.

“Moonrise Kingdom” looks like a movie that is laced with childhood whimsy. I am someone who is always believing my many crazy childhood dreams could actually come true, and this summer, I will be attending the Cannes Film Festival. I will be going as an intern, but also as something of an undercover reporter. Tickets for the premieres of the biggest movies are often hard to come by. But if anyone knows any loopholes in film law that could help me acquire tickets to the premiere of “Moonrise Kingdom,” it would be greatly appreciated.

In addition, the official poster for “Moonrise Kingdom” was released today. There is something indescribably awesome about yellow font. I can already hear The Creation blaring on the soundtrack.