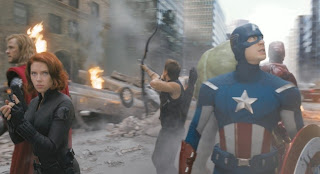 At one point, Nick Fury (Samuel L. Jackson) describes what is basically the film’s premise, in which a bunch of superheroes are put into a room in order to see what happens. What he just described could also be a pitch for a new MTV reality show called “Real World: Superheroes.”

At its worst, “The Avengers” is cheesy and derivative. At its best, it is fresh, funny, and exhilarating. There was never one moment in which I wasn’t in some form of awe at what was occurring on screen.

Before this review goes any further, I will admit that I am only a half-committed comic book fan. I read “X-Men” and “Spider-Man” comics pretty passionately when I was younger. I relish the new “Batman” movies as well as the first “Iron Man.” Yet, I never saw the “Hulk” reboot, “Captain America,” or “Thor.” I lost some faith in movies based on comic books after seeing “Iron Man 2″ and witnessing the “Spider-Man” movies go under. I will be as accurate as I can be in this review. “The Avengers” doesn’t necessarily make me want a slew of new comic book movies in the future, but it is certainly a worthy addition to the multimedia-spanning genre.

“The Avengers” will leave those who missed the last few big comic book adaptations scratching their heads. “The Avengers” allows us to catch up on bigger details, but it expects the audience to come in already knowing about the character and the worlds they inhabit. The truly amazing thing about Marvel Comics is the way that characters from separate stories can inhabit the same world. Over the years, each movie has built up to a sort of common universe usually only seen in Quentin Tarantino movies. However, each new entry into the universe should be able to be enjoyed even through a fresh pair of eyes.

“The Avengers” are the superhero dream team, “The Westminster Dog Show” of superheroes, as Roger Ebert described it. With Earth under threat, Nick Fury (Samuel L. Jackson) calls seven of the most qualified superheroes alive. There’s Natasha Romanoff a.k.a. The Black Widow (Scarlett Johansson), who shares her namesake’s stealth and deadliness. However, her greatest skill is the ability to get information out of someone without actually interrogating them. Captain America (Chris Evans, or the secret scene stealer of “Scott Pilgrim vs. the World”) somehow ended up in the future and is now adjusting to life in the present. Thor (Chris Hemsworth) came down from whatever planet he’s from. Hawkeye (Jeremy Renner), well, I don’t really know much about him. he’s a skilled archer.

But there are two superheroes who’s backstories I actually know about. Tony Stark a.ka. Iron Man (Robert Downey Jr.) moved bases to New York City with the innovative Stark Tower. He’s still as cheeky and pompous as ever, with most of his dialogue consisting of “okay, [insert character from pop culture that looks like Thor, Hulk, etc.]!” It gets a little annoying after a while. And then there’s Bruce Banner a.k.a. The Hulk (Mark Ruffalo). Banner has been traveling the world for some time, trying to find ways to keep his rage from getting the best of him. Hollywood finally solved its Hulk problem with Ruffalo. This is the most entertaining and personable Hulk yet. That’s probably because a Hulk who smashes things is more entertaining than an existential and moody Hulk.

Through a series of clunky lines that are supposed to come off as cool, we learn that Loki (Tom Hiddleston) wants to take over the world. He wants to teach humans a lesson [Editor's Note: That's why you always leave a note] that freedom is an illusion and Loki is a boot and humans are ants. Until Nick Fury points out that Loki is actually the ant and The Avengers are the boot. See what they did there? Just about every other character will somehow repeat that line throughout the movie.

In order to defend the world from Loki and the mysterious energy he is using against Earth, Fury and Phil Coulson (Clark Gregg) assemble a team of heroes whose abilities can help end this mess. It never feels like The Avengers are just thrown in together. Each member (with the exception for Hawkeye, the least developed of them) feels like they are there for a reason. On the scale of “The Magnificent Seven” to “Some Terrible Standard Blockbuster,” the assembling of the team sequence ranks out about a 6.

“The Avengers” is directed by Joss Whedon, one of the gods of Comic Con. Among many achievements, Whedon is responsible for “Buffy the Vampire Slayer” and “Firefly.” The latter is one of the best modern sci-fi television shows. As director, Whedon treats the Marvel universe with love and respect, and he shows his knowledge of the mythology. Yet, in both writing and directing, he adds a self-aware nature which proves at times to be the movie’s saving grace. However, it’s strongest point is the visuals, which often resemble the panels of a comic book coming to life.
While I am sure Mr. Whedon and the rest of the writing staff put a lot of time into crafting this story, but the writing proves to be the biggest downfall of “The Avengers.” While the writing doesn’t seem to be the biggest draw of this movie, or the reason that most people will see it, the clunkiness of some of the dialogue does have an impact. Imagine reading a comic in which the dialogue bubbles sound downright terrible. It wouldn’t be readable. Some of the movie’s dialogue should have been given a closer listen before it was filmed.
“The Avengers” will make a lot of fans of the previous comics and movies very happy. However, it may leave others confused. Black Widow and The Hulk are the most fun to watch, because Black Widow is convincingly intelligent and The Hulk smashes things just as The Hulk is supposed to do. Yes, it is awesome. 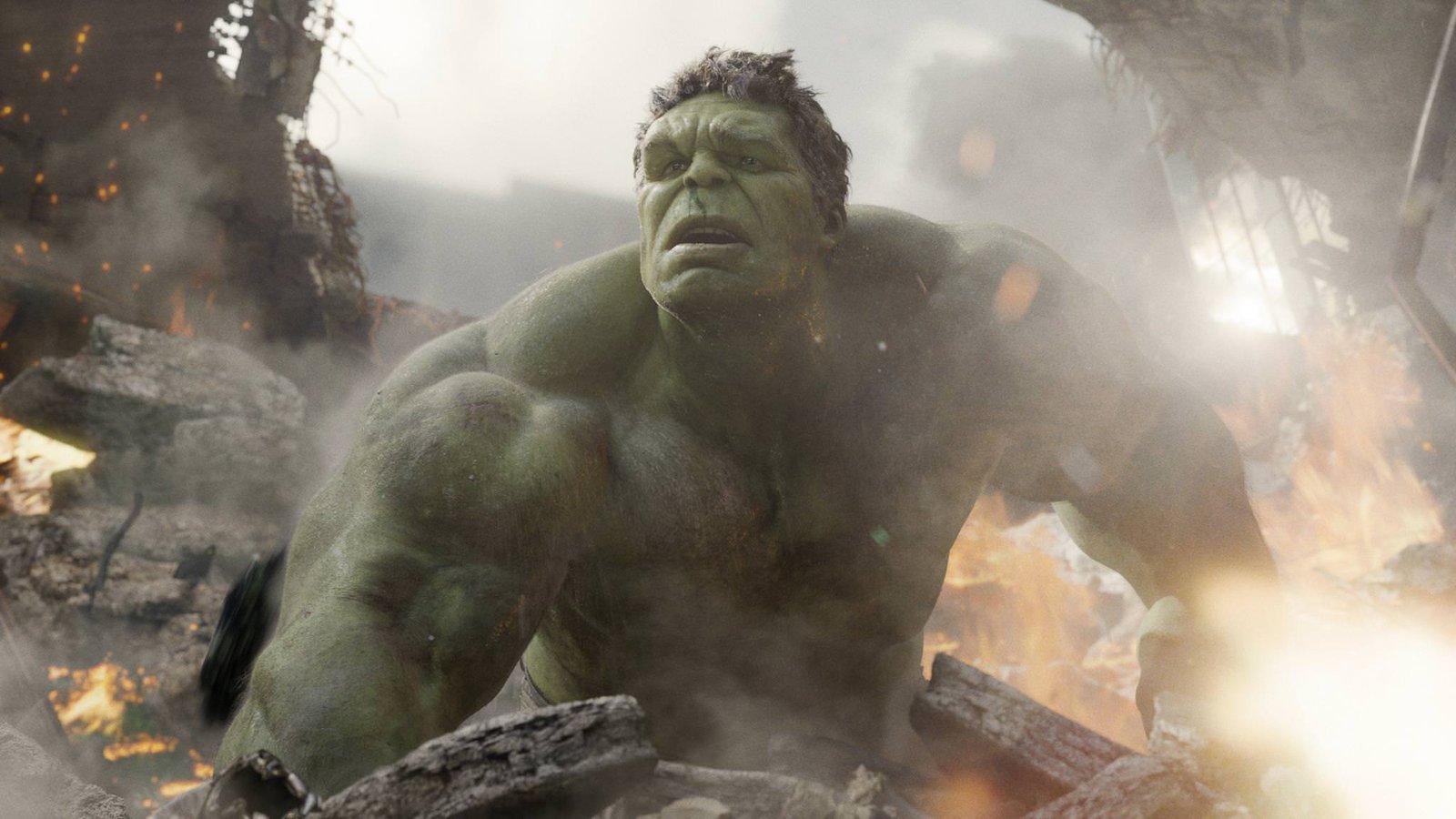 After “The Avengers” ended, the first comment I had was about the writing. My friend argued that nobody is really coming to see this movie for the writing. In a way, he might be right. But no matter what, everyone is coming to see a movie for the way it is written, and the entertainment value is hinged on the script. Obviously, the world the Avengers occupy is not a real one, but it still must seem plausible during the entire viewing experience.
For example, The Hulk has been praised widely, but there is a flaw in him. At first, Banner does his best to never get angry and when he does, he has absolutely no control over what he does as The Hulk. Suddenly, Banner says “I’m always angry” and immediately turns into The Hulk and whilst The Hulk, he shows emotional change and even the ability to have a conversation. This goes against the rules set up at the beginning in an unexplained way and therefore, took me out of the world.
Now that “The Avengers” has been out for a week, this can serve as both a review and a reflection, because I can’t really encourage people to see or not see it now that it’s already grossed over $200 million. With a 93% on Rotten Tomatoes, “The Avengers” has been labeled by most critics as an ideal summer blockbuster. While it is definitely a very good one, that does not excuse its flaws. I wish the movie was clearer to those who aren’t already so aware of the universe, and I wish it didn’t try to resolve so many plot lines, and fight so many villains at the end. “The Avengers” might be memorable now but once “Prometheus” and “The Dark Knight Rises” roll around, the “ideal summer blockbuster” will be truly defined.
Share on Tumblr