Side Note: Putting parenthesis in a title makes it seem like an 80s pop song.

My time at the Cannes Film Festival was probably the best time of my entire life. It is an experience that I hope I can do again, but I don’t know if it can ever be replicated in quite the same way. There was so much to learn and so much to see that I can barely process it all. I decided the only way to do so would be how I process almost anything in life: through writing.

As someone who makes lists a lot, both of things I like and things to do, I decided that I could somehow summarize my experiences into a list that might teach you a little something about the nature of film festivals. Here is what I learned while at the Cannes Film Festival:

Sleep is overrated: When at a film festival, sleep as little as possible. Sleep when you can, of course. But just remember, you can sleep when you’re dead. Opportunities like this come and go.

The British are the greatest: When in doubt, become friends with someone from Great Britain, especially if they have an English accent. They are some of the politest people I met in Cannes. And just as I suspected, they have a wonderfully dry sense of humor.

Canadians are great, too: They use the phrase washroom instead of bathroom and restroom. It actually makes much more sense. I believe America should start doing this, too.

If you can’t speak good French, don’t try to speak the language at all: The French have an amazing culture and a beautiful country, but they really don’t seem to enjoy a butchering of the word ‘Merci.’

Give foreign films a chance: Yes, sometimes the characters speak in funny languages. Yes, they make you have to read. But there are some amazing films made outside of Hollywood. Filmmakers in other countries seem less constrained to make something that is commercially appealing and therefore don’t mind being a little artistic. Some American filmmakers have adopted this mentality, but I believe more should follow suit.

At a film festival, walking out is acceptable: Usually, I would never walk out of a film in theaters. And I believe that most people agree. However, there is just so much to see at a film festival that it seems okay to not feel compelled to waste your time watching something that isn’t good. Speaking of which…

…bad films can happen at good festivals: You may have heard about “Mud,” “Lawless,” and “Amour.” What you probably haven’t heard of is “Ameriqua,” a small film I walked into blindly during the festival. It includes Alec Baldwin telling his young son, who is lost in Europe without his passport, that he won’t help him because it will help him “build character.” Whoever made this film should immediately lose custody of their children.

Has anyone heard of “Housefull 2″ or “Lesbian Vampire Warriors”?: If you have and happen to have a copy of either, please, bring them to me immediately.

Never say no*: At Cannes, you never know when one handshake could lead to a yacht party or a meeting with your favorite celebrity. Just for the brief time you are there, leave all of your inhibitions behind and let whatever may happen, happen.

That is all for now, folks. Before I sign off on Cannes, there are some people I have to thank. First off, I’d like to thank my parents. Without them, I would not be able to go to Cannes, and I would not be writing this post right now. I’d also like to thank all of the new friends I met while at Cannes who come from near and far. Some of you I will see at school, others of you I will see during other points in the future. I can’t wait to work with all of you again.

Now it’s time for Reel Dealin’ as usual. In the immortal words of “Memento,” “now, where was I?”


*However, you should probably say no to airport food, used needles, and whatever else they taught you to say no to during D.A.R.E. 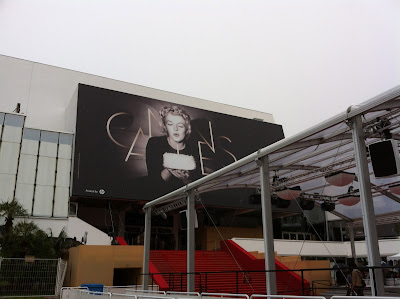