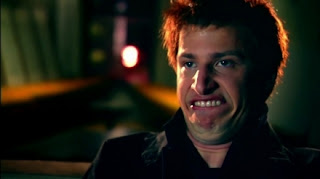 Last night, Andy Samberg announced that he will not be returning to “Saturday Night Live” in the fall. This was a sad, yet expected announcement. Expected as in I expected this to happen much longer ago, as Samberg has been a star for many years now. But he needed to stay because without him, “Saturday Night Live” would have been a much different show.

Samberg may have saved the show from irrelevance by launching his first Digital Short, “Lazy Sunday,” in 2005. With the Digital Short, the show found a way to survive in the 21st century. Of course, promising new cast members and a Sarah Palin impression would also help, but let us not forget the importance of the Digital Short.

With his band The Lonely Island, Samberg has released two albums, and I pray that a third be on the way at some point in the near future.

Samberg does not get nearly enough credit for being such a versatile performer. He can sing, tell jokes, and act. While Samberg’s videos are usually what he is best known for, he could do a few good impressions, including one that got him in trouble with Mark Wahlberg. I worry for Samberg’s movie career if he chooses more projects like “That’s My Boy.” However, I am optimistic if he instead makes more movies like “Hot Rod.” “Hot Rod” mixes a whole lot of insanity with a whole lot of heart, and dozens of YouTube worthy moments.

After the jump: Kristen Wiig, and some video highlights.
This news is especially rough given that Kristen Wiig also left the show. Her departure was announced in a moving final segment at the end of the season finale, in which she danced with the cast to the tune of “She’s a Rainbow” and “Ruby Tuesday.” “She’s a Rainbow” was just about the perfect song to play for Wiig, as she was one of the most colorful performers the show has ever had, and she will light up the big screen in the years to come. “Bridesmaids” was her first, and most certainly not her last, mega success in film (I haven’t forgotten about her bit part in “Knocked Up”). In fact, I believe she will become one of the biggest movie stars the show has ever produced.

The big question right now is this: where does “Saturday Night Live” go from here? Recently, “Saturday Night Live” has built a talented ensemble that does not hinge on one or two people alone. Fred Armisen, Bill Hader, and Jason Sudekis have no plans to leave yet, but given their success in other television shows and movies, that may not last long. Seth Meyers remains a strong Weekend Update host, and featured players Vanessa Bayer, Taran Killam, and Jay Pharoah hold promising futures.

“Saturday Night Live” is an American institution. And for every Chris Kattan and Victoria Jackson that is put out into the world, they also produce an Eddie Murphy* or Will Ferrell. No matter how many times people try and put it down, “Saturday Night Live” is an important breeding ground for both comedy and comedians. And every once in a while, they give us someone like Andy Samberg and Kristen Wiig.

It was hard to choose, but this is my favorite Digital Short made under Samberg’s watch:

Plus, the farewell to Kristen Wiig. One of the show’s most tear-inducing moments:
Plus, a bonus clip from “Hot Rod”:
Share on Tumblr