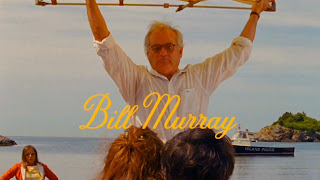 Here is a video of Bill Murray giving a tour of the house in “Moonrise Kingdom.” “Moonrise Kingdom” opened a few weeks ago, and I’ve already seen it, so there seems to be no apparent reason that I’m posting it. However, this video contains Bill Murray.

I can’t tell if Bill Murray is joking or serious most of the time he speaks, which is probably what makes him so mysterious and so awesome at the same time. I take everything he says as words of wisdom. Which is why, after this video, I will never wear short pants again, as according to him doing so is asking to get robbed. Genius.

Also, seeing the details that go into making a set on a Wes Anderson film never ceases to amaze me. I need to see “Moonrise Kingdom” again, and as soon as humanly possible.