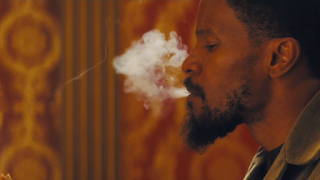 December is an exciting time. Not only because everyone is decorating their trees, lighting their Menorahs, or doing whatever people who celebrate Kwanza do. This is the time when studios release the very best films they have to offer. Often, the closer we get to the Oscars, the better the quality of movies get, until the dumping ground season of January begins. Here now is my list of films that will make December 2012 memorable, even if the world doesn’t end:

I’ve never been a big fan of musicals, but the history buff in me really wants to see a big, epic musical about the French Revolution. I never saw “Les Miserables” on Broadway, but seeing that the French Revolution was not a very happy time in world history, this definitely won’t be a musical where people sing and dance and suddenly all of their problems disappear. A song certainly can’t stop a guillotine. “Les Miserables” is directed by Tom Hooper. I still think it’s unfair that his “The King’s Speech” beat out both “Black Swan” and “The Social Network” for Best Picture, but that guy truly has a gift for bringing the past to life.

“Not Fade Away” is David Chase’s directorial debut in film. If you don’t know who David Chase is, you really should: he created “The Sopranos.” “Not Fade Away” brings him back to New Jersey, and even reunites Chase with the state of New Jersey Tony Soprano (James Gandolfini) himself. But those expecting a profanity-laden tale of gangsters might be disappointed, as this is instead a coming-of-age story about a rock and roll band. I saw another coming-of-age story about a band earlier this year  called “Fat Kid Rules the World.” I was thoroughly disappointed by it, but I have a feeling that “Not Fade Away” will be infinitely better. It has “Almost Famous” potential. Plus, with a title inspired by a Rolling Stones song, it seems that “Not Fade Away” has its head in the right place.

Judd Apatow is still the reigning king of comedy. I admire the ambition of his last feature, “Funny People,” even if it could have used another visit to the editing room. Luckily, “This Is 40″ is a spinoff of Apatow’s superior “Knocked Up.” It follows married couple Pete (Paul Rudd) and Debbie (Leslie) a few years down the road. This seems to be Apatow’s most personal film yet, and it even stars his two daughters. This may be more mature than Apatow’s other works, but the fact that the poster has Paul Rudd on a toilet gives me faith that he hasn’t totally abandoned his sense of dirty hilarity. Over the past two decades, Apatow has altered comedy in both film and television. Could the Oscars be the next step for him?

“Zero Dark Thirty” is Kathryn Bigelow’s first feature since she made history and won an Oscar for “The Hurt Locker.” Back during the 2010 Oscar season, I dissed “The Hurt Locker” so much that people might have the impression that I didn’t like it. I did very much, I just thought that every award it won belonged to “Inglourious Basterds.” But I digress. Bigelow has a talent for realism, which makes her the perfect candidate to capture the mission to kill Osama Bin Laden on film. I was worried that this film seemed a little rushed to be released, but the trailer gives me chills every time I watch the soldiers stand outside Bin Laden’s compound. I am not expecting to have fun watching “Zero Dark Thirty,” but I am expecting a seriously dark thriller that pulls absolutely no punches.*

I’ve expressed my love of Quentin Tarantino films way too much on this blog, so I won’t bore you with that. But I will say that “Django Unchained” looks about as spectacular as I expected it to be. I nearly stood up and cheered when the trailer started blasting the theme from the original “Django.”** I think it’s about time that Quentin teamed up with Leonardo DiCaprio. Maybe he can finally get DiCaprio his first Oscar. Only Quentin can turn a dark time in our nation’s history into something exploitative, entertaining, and hilarious. This is also the first time that Quentin is working in a time period before movies existed. What will his characters banter about? If Quentin can pull off a full film without his signature pop culture talk, then he can officially be cemented as a master. Not that he wasn’t one already.

*Can’t wait to see who shouts “AMERICA!” in the theater after Bin Laden is brought down.
**”Django Unchained” is not a remake. Qunetin Tarantino just loves to steal. He is an artistic kleptomaniac.