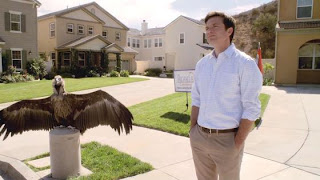 SPOILER ALERT: I have not finished the fourth season yet, but there may be some light spoilers ahead. Read with caution.

That’s when the original series finale of “Arrested Development” aired. That’s also how long I waited for TV’s greatest comedy to come back on the air.

“Arrested Development” holds a special place in my heart. The first three seasons have been like a Comedy Bible to me. It taught me to embrace details as well as the slow buildup to a laugh. I’ve rewatched and deconstructed every episode so many times, yet I always find something new to marvel at. In the universe of “Arrested Development,” no comedy stone is left unturned.

For years, I was constantly teased with the idea that there could be an “Arrested Development” movie. Any mention of the movie itself (without any promise of it actually happening) became something of a recurring joke worthy of the “Arrested Development” universe. That is, until the day that it was announced that a fourth season that would lead up to an eventual movie would be released.

Suddenly, “Arrested Development” was on the level of hype and public scrutiny that no cancelled cult TV series would normally face.  Essentially, season four would have to be the greatest event in television history, because that’s what every hyperbolic blogger labeled it as. However, it is rare that anything that is labeled as “the greatest ever” before it is actually released will actually be the greatest ever. Narrowing it down to film and television, most of the greatest works came out of nowhere with very little hype behind it. Or, as was the case with the first three seasons of “Arrested Development,” it could take years for the public to ever come around to it (despite multiple Emmy wins).

There is no denying that season four of “Arrested Development” is among the greatest events in television history. First off, in an age where everyone is creating a Kickstarter to bring back their favorite cancelled shows, “Arrested Development” was able to return on strong word of mouth alone. The fact that the new season premiered on Netflix is something of a middle finger to all of the networks that wouldn’t give it a chance.* My theory for the original cancellation of “Arrested Development” was that it was too ahead of its time. The circumstances that it premiered in did not support the needs necessary for watching it. It is a show that is meant to be paused, rewound, and fast forwarded. Unfortunately, it hit the air before the proliferation of the DVR. While I have my problems with the binge watching that is caused by releasing an entire season of a show at once, “Arrested Development” was meant for Netflix. It set the stage for the existence of other shows that are jam-packed with jokes, such as “30 Rock,” “Community,” and “Archer”. 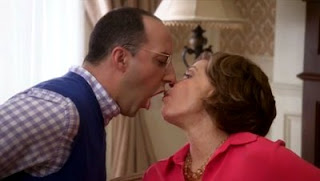 During the buildup to season four, I tried my best to resist calling this “the greatest television event of all time.” After all, that is a big label to give something that the world hasn’t yet seen. While this new season is far from perfect, to call it’s existence important would be an understatement.

Before I delve into the details of the new season, I must clarify that I am not yet finished with it. I mean that in two senses. I say that both because I have not watched every episode yet, and that I will not be finished with this season until I have rewatched it and picked up on every hidden detail that I can possibly find. With “Arrested Development,” that is a job that never really ends. I begin here not because this seems like a perfect place to start, but because I couldn’t wait much longer.  It’s been seven years, and while there are always new things to say about “Arrested Development,” finally there are new episodes to write about.

The fourth season is even more confusing and convoluted than any season before it, which is both a good and bad thing. This makes sense, as the Bluths are currently worse off than they’ve ever been. This season brings us to the present day, after a mysterious “Dark Period” has left the family in shambles. Even Michael Bluth (Jason Bateman), who was always the most sane one in the family, can’t quite keep it together.

Perhaps because of a bigger production budget, the Bluths are able to leave their beloved Newport Beach. George Michael (Michael Cera) heads off to college, as his father follows a little too closely behind (leading to one of the most overt incest moments in the show’s history). Meanwhile, Lindsay (Portia de Rossi) tries to find herself in India, George Senior (Jeffrey Tambor) and Oscar (Jeffrey Tambor) become unlikely business partners on the Mexican border, and Gob (Will Arnett) still just wants everyone to be his friend. 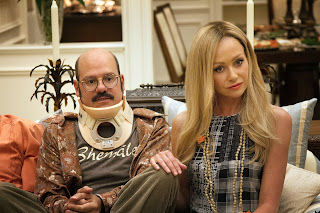 While structure is crucial to any story, only in “Arrested Development” is it such an integral part to the show’s uniqueness. The first three seasons of the show were described by Jason Bateman as “‘The Royal Tenenbaums’ shot like ‘COPS’.” It was a great spin to the dysfunctional family comedy, and a response to the rising popularity in reality television. Ten years have passed since the pilot premiered, and since then, reality shows make up a majority of the TV landscape. Since then, the Internet has changed how content is viewed. It is a bold move for a show to tinker with its format, but this is a show that defines bold creativity. While Ron Howard’s flawless narration remains intact, each episode now focuses on one character and then ties them back into everyone else’s lives. The concept of past and present is now all over the place. This season feels like somebody with very short attention span jumping back and forth between several YouTube videos.

This new experiment is not necessarily a bad thing, but it was something I had difficulty coping with for a while. While one could make an argument that any one of the Bluths are the best character of the show, the Bluths work best when they are all together. Tobias’ (David Cross) innuendos are nothing without Michael’s deadpan reactions to them (“There has got to be a better way to say that”). Nobody should be safe from Lucille’s (Jessica Walter) insults (“well joke’s on her because she doesn’t know how little I care for Gob”). This show is powered by human dysfunction.

While dysfunction makes the show funny, some sense of order is needed. In an interview, Hurwitz said that he only likes to watch something where he understands the direction it is headed in. In a way, he is praising formula. While formula often goes hand-in-hand with unoriginality, “Arrested Development” created a winning one that never got old. It has veered away from that original formula in many ways. The show is no longer constrained to 30 minutes broken up by commercials. Some of the new episodes run over 30 minutes, and some run under 30 minutes. Some feel a bit too long, and some feel like they could have used more. Hurwitz and crew could have tightened things up a bit and hurt nothing.

I hope that none of this gives the impression that I dislike the new season. Perhaps I’m just lamenting something that I will never get back. Somewhere around episode three (“Indian Takers”), the season began to turn. The farcical, heightened reality of “Arrested Development” had returned. The show had settled back into itself and eased up on the exposition. Then, when it felt comfortable, it took an even more meta turn than it did in season two with the “Scandalmakers” plot line. Ron Howard, the show’s offscreen narrator, became a character onscreen, and Michael finds himself the producer of a movie about his own family. Before it can be made, he must get the life rights from each of his family members. This is a little wink to the supposed purpose of the fourth season: once we’re completely caught up on the Bluths, perhaps “Arrested” fans will finally get the movie they were waiting for.

Some shows can’t recover when they go meta (many believe that the downfall of “The Simpsons” began after it went meta). However, “Arrested Development” has proven over and over again that it can constantly go over the edge and then climb back up. The behind-the-scenes stuff ultimately feels more fun than exclusive and it just makes absolute sense for this story. During its early run, “Arrested” provided some of the best satire on the Iraq War and the Bush Administration. While this season has offered some sharp commentary on the financial crisis and immigration, “The Daily Show” is always there to cover that front. Nobody else has made a portrait of the modern movie industry as funny as “Arrested Development” has.

One of the main things that threw me off most when starting the new season of “Arrested Development” was that the return felt surreal to me. This would be the first time in seven years that I would see a new episode of “Arrested Development.” Seven years. The last time I saw a new episode, it was the last four that ever aired, and they were crammed together on one Friday night in a time slot that nobody watched. As ridiculous as it sounds, I would now get to watch the Bluths say words that I had never heard them say before.

Overall, “Arrested Development” requires patience. Things might not make sense the first or even the second time around, but the reward for sticking around is worth it. Just as there is always money in the banana stand, there is always something new lying beneath the surface of any given episode. I look forward to honing my ability to observe the Bluths, and seeing what else season four has to offer.

*While it is fun to blame Fox for the show’s cancellation, they deserve some credit here. They really did try with the show. They could have cancelled it after one season but they knew how good it was and tried for three seasons to find it the audience that it deserved.