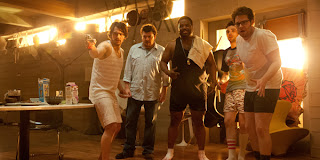 Movies can teach us a lot about ourselves. For example, “This is the End” taught me that I will actually enjoy the site of Michael Cera being impaled. As long as it is preceded by him slapping Rihanna’s ass and trying to give drugs to McLovin. Maybe what I’m trying to say here is that I am a terrible person. Or maybe it is that celebrity is whatever you make of it. I don’t know, I’m not a celebrity.

Much has been said in the press about “This is the End,” but nothing could prepare for this one shocking twist: the star of the movie is actually Jay Baruchel. While his leading role in “Undeclared” might not have helped, perhaps this will finally give him the recognition he deserves as an actor.
“This is the End” is a Hollywood satire where all of the actors play themselves. That would seem incredibly self-congratulatory, if it wasn’t for the fact that the actors don’t try and make themselves look like saints. The film begins as Seth Rogen walks through an airport to meet his best friend Jay Baruchel. Seth is accosted by a man with a camera (who I assume is from TMZ). The man asks Seth why he plays himself in every movie he’s in. Rogen co-wrote the film, and is clearly aware of what people think of him, as does everyone else involved. 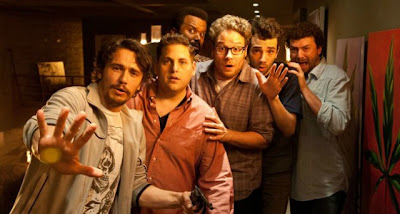 In the film, Seth and Jay’s relationship is based off of them drifting apart. Seth has new friends now, and Jay wonders whether or not he is still in the picture. This is the same separation anxiety that made up “Superbad,” another film that was co-written by Rogen and his best friend Evan Goldberg. Every film they write together also serves to show how their friendship grows and changes. In a film that contains a lot of false perceptions, the truest part of it is this friendship.
Seth and Jay’s first stop is James Franco’s house. Here, Franco is as weird and artsy as everyone thinks he is. However, he’s more obsessed with Seth Rogen than he is with himself. It’s equal parts creepy and hilarious. Franco is both earnest and funny all while being a huge dicknose. Who knew someone could show such range while playing themselves?
While Rogen and Goldberg are pro writers, “This is the End” is their first stab at directing. The two blend together as directors as well as they do as writers, which is why it always seems like a singular vision. The two of them strongly embrace buildup. The apocalypse doesn’t happen for a little while, which provides plenty of time to understand Jay and Seth’s friendship as well as both of their relationships to everyone else around them. It is in this time period where the film truly gets its heart. Action films, comedies, and well, most films in general could learn a lot Rogen and Goldberg: it’s good to know the characters before you let the bodies hit the floor. 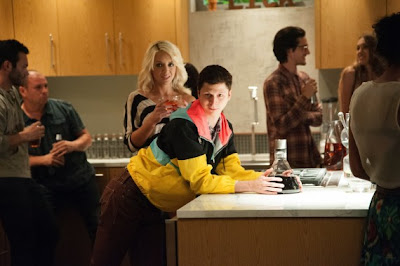 “This is the End” is a great Inside Hollywood comedy because it never goes meta. It’s less about the wink and more about the inviting nod. For every joke about “Flyboys,” there is also an extended riff about Danny McBride’s use of James Franco’s bathtub. In fact, by making a bunch of celebrities face the apocalypse, the film shows that they aren’t that special after all. What also keeps “This is the End” from becoming too much of an in-joke is how carefully crafted all of these fictitious personas are. Clearly Michael Cera doesn’t treat Rihanna like that. I’ll have to get back to you on James Franco’s weird taste in art.
At a time when Hollywood is creepily obsessed with the end of the world (see: “Oblivion,” “After Earth”*), it is refreshing to see a film that doesn’t take ridiculous apocalyptic scenarios so seriously. Yet, Rogen and Goldberg still manage to lay out all of the rules of this new world with so much detail. And the vision is so inspired. Just take the demons: they look exactly like the beasts from “Ghostbusters,” but with one major exception (you’ll understand when you see it).
“This is the End” clocks in at just under two hours and the length feels neither too long nor too short. In terms of its characters, it gets nearly as much done in that running time as any season of any TV show. Plain and simple: this is high concept comedy at its absolute best.
*Actually, don’t see “Oblivion” or “After Earth”
Share on Tumblr