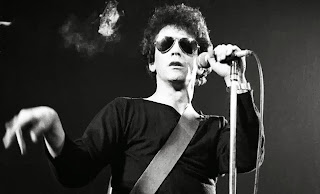 On Sunday, rock ‘n roll pioneer Lou Reed passed away. It’s a testament to the genius of Lou Reed’s vision that a kid growing up in the 2000s could listen to “The Velvet Underground & Nico” for the first time and feel the same way somebody did when they first heard it in 1967.

Besides being a multi-talented musician, Reed was an artist in many other forms. He made a few short films himself. He never got into feature acting, which is a shame, because I think he could have played a great, enigmatic villain or basically anybody who transfixes you with so few words.

Yet, one way Reed will live on is through the many movies that used the music that him and the greatest rock band ever created. Here I have just compiled a few of my favorites:

Mark Renton (Ewan McGregor), the heroin-loving hero of “Trainspotting,” idolizes Iggy Pop, but that doesn’t stop Danny Boyle from getting some Lou Reed in there. Given Reed’s reputation, I wouldn’t be surprised if “Perfect Day” has undertones of drug use. Either way, the misleadingly cheerful song is a perfect backdrop to Renton’s overdose: the exact thing that causes him so much pain also causes him so much joy. And that’s why he keeps coming back to it.

The word “angelic” has been used to describe The Velvet Underground’s “Sunday Morning,” but it also describes “Stephanie Says.” This beautiful tune comes at a transformative moment in the film, as a man (Luke Wilson) is reunited with the bird he thought had left him as a child. It perfectly highlights this nice little moment of possible closure.

The characters of “Adventureland” worship at the feet of Lou Reed. I was tempted to go with “Satellite of Love,” mainly to highlight the scene where Ryan Reynolds commits the inexcusable crime of calling the song Shed a Light on Love. “Pale Blue Eyes” is one of The Velvet Underground’s best songs, and it illuminates this scene of quiet, budding love. Even Kristen Stewart’s constant lip biting can’t hurt it.

Okay, this one is a little too on the nose. “Heroin” didn’t need any visual representation; the drumming which represents the racing of the heart is more than enough. But “Killing Them Softly” did the best they could to visualize Lou Reed’s music. Overall, not bad.

5. Juno, I’m Sticking With You

In this song, Reed duets with Maureen Tucker. The Velvet Underground fits in perfectly with the eclectic “Juno” soundtrack. People liked to criticize “Juno” for being “hip” (because apparently that’s a bad thing). The fact that The Velvet Underground’s music could still be considered hip to today’s teenager shows that yes, Lou Reed is timeless.