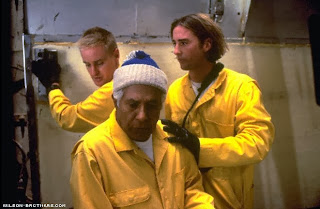 Yesterday, Kumar Pallana, perhaps my favorite accidental actor in Hollywood died at the age of 94.

Pallana was discovered by Wes Anderson and the Wilson brothers at the coffee shop in Dallas which he owned. They then gave him a small role in “Bottle Rocket.” Then he just kept popping up again and again until he became just as memorable a part of Anderson’s world as colorful wallpaper and Kinks songs.

I don’t know why Pallana was always so funny to me. Maybe because he would just pop up, say one barely audible line, and then disappear. Or maybe its because in “Rushmore” you can spot him in the background of one shot playing with a giant necklace, and he never says a word at all.

“The black man ask her to be his wife.”

Here’s the obituary from his hometown paper.
Share on Tumblr