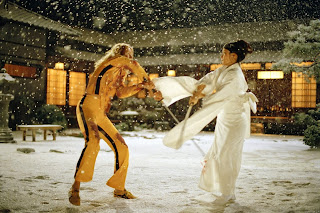 It all started with a shelf at Barnes & Noble. I had just turned twelve and had gift card money to spend. And when I had a Barnes & Noble gift card, I was a man on a mission.

I was browsing around the DVD section. I wasn’t normally one to take risks in life and buy something before I had seen it, but something told me I needed something new. Also, “Return of the King” wasn’t out yet. I stumbled upon a copy of “Kill Bill: Volume 1.” I heard it was good, the commercials were really cool, and Uma Thurman looked irresistibly sexy in her yellow jumpsuit. So I decided why not. That night, I popped it into the DVD player (remember those things?), and was never the same again.

“Kill Bill” was the start of my insatiable film journey. Every film lover has that one film that just clicks with them. Even after I found out that “Kill Bill” was paying homage (a.k.a. stealing) from so many other movies, it didn’t destroy my love for it. All it did was lead me down a path to find as many of the movies as possible connected to the Quentin Tarantino universe. From there, I found Scorsese, Kubrick, Leone, Ford, Kurosawa, “Kung Fu,” and of course “Shogun Assassin.”

This week marks the ten year anniversary of the release of “Kill: Volume 1.” This is the only anniversary I’m allowed to acknowledge of course, because it has a zero at the end of it. As these years have passed, I have had many more chances to view both parts, whether it be on DVD, HBO, or TNT*, and I’ve come to see that I love “Kill Bill” not just for what it inspired me to do, but for the film itself.

“Kill Bill” was meant to be one film, but it was split in half for running time and probably profitability, too.** However, I acknowledge both of them as two very separate films. I’ll mostly talk about Volume 1 here, as that’s the one celebrating the anniversary, but some discussion of Volume 2 will be absolutely necessary.

When I first watched “Kill Bill,” I had simply never seen anything like it. Forget about the fact that I was only 12 and “Kill Bill” earned its hard R. “Kill Bill” gave me a lot of mixed emotions. Before this, I figured that violence was something needed to be handled delicately. That was before I watched O-Ren Ishii chop off a man’s head followed by a gigantic geiser of blood. It was shocking, but I couldn’t stop laughing. At first, I thought there was something wrong with me. Then, I found out that sometimes its okay to make violence funny. After all, it wasn’t like Tarantino was advocating mass beheading of any sort. No, this was just a different universe where dismemberment leads to insane amounts of blood. This was also the first time I realized that a film can be a fantasy even if it didn’t involve dragons. “Kill Bill” was also the first revenge fantasy I ever watched, and for some reason the morality of revenge tales really stuck with me. It even lead to the script of my first student film which I am absolutely ashamed of and you can absolutely find it on my Facebook, watch it, and then point and laugh at me.

More importantly, “Kill Bill” skewed my idea of what a hero was. Before I ever laid eyes on Volume 1, I was obsessed with “The Lord of the Rings” trilogy. Not the books, of course, because that’s what ADD does to you. I was used to the “Once upon a time/and they lived happily ever after” form of storytelling. Then came along “Kill Bill,” where the villains were humanely despicable*** and the closest thing to a hero was a woman who could pluck somebody’s eye out. As wildly unrealistic as “Kill Bill” is, this feel’s a little bit closer to real life: sometimes, good people do bad things and bad people have motivations behind their actions. Have you looked at TV lately and maybe heard of a show called “Breaking Bad”?

Tarantino doesn’t make personal or biographical films, but everything he makes feels directly like a portal into his brain. “Kill Bill” was also one of the first times I ever realized the beauty of great dialogue, and that it could be used for other purposes besides exposition. Throughout both volumes, there are a tremendous amount of classic monologues and bits of dialogue that are among the best that Quentin has ever written. The best monologue of the two volumes is Bill’s speech about Superman. It is so deep and thoughtful and informs the film while incorporating popular culture so well, that it makes me think that Tarantino also would have been a very successful film critic. Additionally, Tarantino’s heroes might all be evil, but they are also all obsessed with movies and TV. Finally, the film fanatic gets a chance to be the hero.

Sure, there were other films before this that had all of the qualities that made “Kill Bill” so great. But this was my introduction to all of it, so it will always remain the best to me. I am not quite sure what I’d be doing today if not for “Kill Bill.” I’d be a completely different person. And cinema would be different, too. How often do we get characters as memorable as the Bud, Bill, Elle Driver, or The Bride anymore?  Not to mention, Volume 1 still has my favorite cliffhanger twist ending of all time. Take that, Shymalan.

*TNT is the king of showing the most rewatchable movies of all time. They’re also the king of inexplicably awful censorship decisions.
**Don’t feel so groundbreaking now do you, “Twilight”?
***Yes, Bill’s a psycho. But he also had his heart broken. Even a man who loves to “travel around the world and kill people for vast sums of money” can fall in love.
****Footnote 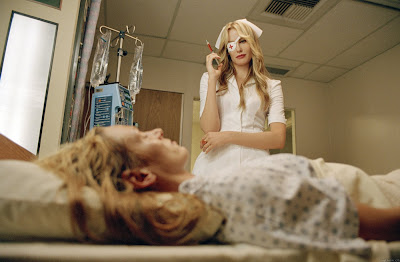