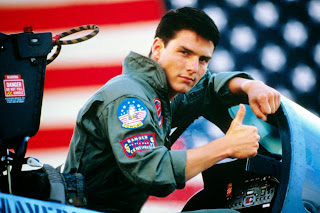 There’s only so many hours in a day, and my potion that can help you survive without sleep has yet to be approved by the FDA.

Having said that, I can’t see every movie ever made. This is a fact that has driven me crazy for my entire life. That might also be because I don’t have many actual problems to deal with. Who knows.

Anyway, I try to watch every movie that I think is important to see, but I also just want to see ones that interest me personally. That means that a lot of classics get missed. The point here is this: I am not perfect. I still have a lot of movie watching to go.

I decided to compile a list of ten movies that I also can’t believe I haven’t seen yet. Many of them are Oscar winners and AFI list toppers. Mainly though, they are movies that people walking down the street yell at me for not seeing.

Silent film is one of the greatest gaps in my cinematic knowledge. I have seen bits and pieces of Chaplin in the past, but never the full thing. Film buffs, feel free to discredit me until I at least watch “City Lights.”

The Bridge on the River Kwai (1957)
Does it count that I can whistle the entire famous tune? I guess anyone can. It’s catchy, and definitely much less creepy to whistle than the “Deliverance” banjo song.

I might be even less knowledgable about musicals than I am about horror movies. I’ve been under the terrible assumption my whole life that every musical is “High School Musical,” in which everyone’s problems are suddenly solved through spontaneous song and dance. But then I saw “The Book of Mormon” this past summer, and I decided to lift the embargo. So I will have to venture over to “West Side Story” soon. For the record, I know that “I Feel Pretty” isn’t originally from “Anger Management.”

Sixteen Candles (1984)
I’ve seen up to the scene involving Molly Ringwald’s underwear, if that counts for anything. For some reason, I just never finished “Sixteen Candles.” However, I will always worship at the feet of John Hughes, as should anybody else who has ever been in high school. Also, if I was alive in the 80s, I totally would have married Molly Ringwald.
Top Gun (1986)
There’s a lot of jokes out there about gay volleyball scenes in “Top Gun.” I think. I wouldn’t know, because I still haven’t seen this modern classic. I wish I already had at this point. For some reason, the idea of Tom Cruise playing volleyball just seems so implausible.

Recently, I found out that the fact that I haven’t seen “The Princess Bride” is a crime against every twentysomething’s childhood. It is not out of lack of interest, but rather because my years as a kid was spent with too many repeat viewings of “Heavyweights,” “Kindergarten Cop,” and “3 Ninjas.” I look forward to watching “The Princess Bride” to see what I have been missing out on. Mainly though, I just want to see what Jewish Santa looked like when he was younger.

Batman (1989)
I grew up on Christopher Nolan’s Batman trilogy, and for a long time I thought that was all I needed. False. I’ve got to see Jack Nicholson as the joker. Not to mention, “Batman” was Tim Burton in his prime, before Tim Burton became a parody of Tim Burton.
Dances with Wolves (1990)
I sincerely have very little desire to see what I perceive to be a four hour epic about white guilt. I just think that I should watch it because I am honestly curious to see what the Academy possibly saw in it when they awarded “Dances with Wolves” Best Picture over “Goodfellas.” “Dances with Wolves” might be a good movie, but it will never be “Goodfellas.” For now, I will just continue to blame its snub on the whore living in 2R.
Terminator 2: Judgment Day (1991)
“Judgment Day” is supposedly one of the best sequels ever made. I guess I wouldn’t know. I liked the first “Terminator” movie as much as anyone is supposed to (even though it does look a little dated today), and it’s probably the best performance that Arnold Schwarzenegger has ever given. I probably should have seen “Judgment Day” a long time ago. Once again, I blame “Kindergarten Cop” always playing on cable.
The Bourne Series (2002/2004/2007)
This is probably completely inexcusable. Quick cuts in action movies bother me, but Paul Greengrass won me over with “Captain Phillips.” Also, any action movie starring Matt Damon has to be better than “Elysium.”
Share on Tumblr