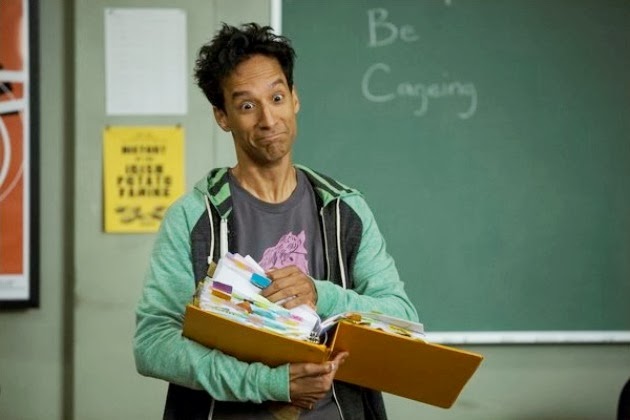 “Community” has had such a troubled run. At the same time, it is also more privileged than most shows. Besides multiple hiatuses and threats of cancellation, the show has seen one showrunner get fired and then re-hired. But the loud voices of the Internet spoke, and Dan Harmon’s vision got to beat on.

And to that I say, “amen.”
I would have been okay if “Community” had gotten canned after its third season. However, if it had ended with the bitter taste of season four, that would not have felt right. So, there is a fifth season of “Community.” And once again, I say “amen.”
The “Community” fans of the world waited many uncertain months for the show’s return and man, was it worth the wait. Finally, it seems like NBC is with us and not against us. They ran two episodes in one night, which was preceded by a good amount of advertising. Plus, that little #Community at the corner of the screen shows that the network finally realized that the Internet exists.
I didn’t really want to talk about the dark battle to get “Community” back on the air, but it is impossible not to, given how meta and self-referential the show can get. In tonight’s first episode, titled “Repilot,” Troy rants against Zach Braff for leaving “Scrubs” early. Donald Glover is only starring in the season’s first five episodes. With two down so far, that means there is only three more chances for another “Troy & Abed in the Morning.” Fingers crossed.
Only two episodes into the new season, and it’s as if no time has passed at all since Harmon was fired from the show. “Community” has already settled back into its dark, multi-layered self. There was a cloud of sadness shrouded over these first episode. The study group has gone their separate ways after graduation, but none of them ended up in the place they wanted to be. Jeff’s law firm went under. Annie is pushing prescription pills. Troy doesn’t know what to be sad about. Finally, everyone starts to realize that Greendale is a mess. Worst of all, Jeff has slipped right back into his sleazy lawyer persona. But once he remembers how important the study group is to him, he goes from wanting to bring Greendale down to wanting to save it. I guess we all needed a reminder of how important Greendale is, and how different this season is going to be.
The second episode, “Introduction To Teaching,” was lighter and a real return to form. It also marked the first episode with the amazing Jonathan Banks as the bitter forensics teacher who just wants to make it as a cartoonist. The best thing about his performance is that he basically delivers all of his lines with the same intensity that he did on “Breaking Bad,” but this time he gets to talk about duck bills instead of secret meth empires.
More importantly, there was a plotline involving a pop culture reference that the sum total of pop culture references on “Community” was most likely leading to: Nicolas Cage. The gang takes a class called “Nicholas Cage: Good or Bad.” Of course, Abed takes it way too seriously. His madness over determining the answer to this question leads to the best Nicholas Cage impression I have ever seen. While Donald Glover is the master of the freak out, Danny Pudi will do just fine covering for him once he leaves the show.
Abed, the show’s unofficial narrator and audience surrogate, takes a turn for the cynical tonight when he realizes that people are “random and pointless.” “Community” realizes this. I mean, Troy has a Clive Owen Tumblr and The Dean’s thoughts are in French. Who could predict that? By bringing the show to such a dark place, “Community” rediscovered its meaning tonight: this is a show about troubled people who get the chance to redeem themselves. Give the members of Greendale, and “Community,” a second chance, because they have proven their worth once again.
The Best Lines/Moments
·     “It’s like me blaming owls for how much I suck at analogies.” Britta knows she’s the worst, but she totally owns it. And that’s why we all love her.
·     “I’m on sabbatical.” “You’re Jewish?”
·     For anyone who thought Jeff’s ad was ridiculous, I go to school in Upstate New York, and every lawyer and car dealer has a commercial that’s about that ridiculous as well.
·     Someone give Rob Corddry a medal. He is a master at playing d-bags.
·     “Well, Jesus wasn’t in 70 movies.”
·     “When I asked you to explain the Sixth Amendment you pled the Fifth.”
·     Funny small moment: When Alan (Cordrry) starts a slow clap, Abed awkwardly claps along with him in the background.
Share on Tumblr