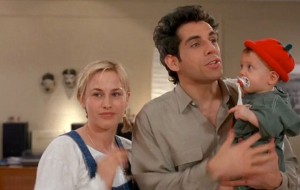 Ever since I first started to learn about film, I have always been fascinated by directorial style. Bad directors are bad because they have no distinct style. They are fine with being derivative of their time. Good directors think ahead, follow patterns, and ultimately evolve.

This year’s crop of directors nominated for Oscars are as talented as they are diverse. Some are old pros, and some are just breaking out. Some are deeply funny, and others are deeply serious. Looking at their past works is the best way to understand what they are doing in the present.

I (with the help of a friend, more on that after the jump) have gone through the careers of all five of this year’s Oscar nominated directors. I didn’t necessarily chose their best works, but rather I chose the ones you might not have seen (because honestly, you don’t need me to know that “Raging Bull” is great), or the one’s that exemplify each director in an interesting way. Without further adieu, here is my list of five other great movies from this year’s Oscar Nominated directors:

Note: I have not seen any other Steve McQueen film besides “12 Years a Slave.” This posed a big problem. Luckily, friend of the blog, and noted Michael Fassbender Historian Sammy Warshaw was here to save the day. He guest writes the section about “Shame.”

Early in his career, Alfonso Cuaron was often grouped together with an emerging wave of Mexican filmmakers that included Guillermo del Toro and Alejandro Gonzalez Inarritu. It is not because their films share a lot in common, but rather because all three of them are Mexican. You see, America is kind of racist.

Anyway, the year 2006 was a banner year for all three of them. Del Toro had “Pan’s Labyrinth,” Inarritu had “Babel,” and Cuaron had “Children of Men.” To this day, “Children of Men” is still the gold standard for cinematic dystopias. At a time when nauseating quick cuts were typical in most action films, Cuaron went against the grain and used mesmerizing continuous takes. The risk he took paid off, and with it he created two of the greatest chase scenes you’ll ever see. They are effective because they just don’t stop, and they allow the audience to see every stumble and every blow. It’s mesmerizing. And while other dystopias might tend towards hoverboards and white jump suits, the futuristic England of “Children of Men” looks more like a war-torn version of the present. “Children of Men” is one of the most visually complex films I have ever seen. Images from it evoke everything from the Warsaw Ghetto to Guantanamo Bay, thus making it a timeless political allegory.

While “Children of Men” is the definition of bleak, it is also ultimately hopeful. It shows Cuaron’s worldview: even when there is sadness and killing, humanity can ultimately still be a beautiful thing. Also, this is just one of the tensest action films ever made. The fact that the same man made both “Children of Men” and “Gravity” is astounding.

There’s something about the over-educated British intellectual that has irked me ever since I saw my first Merchant Ivory film. For practically the entirety of my first (and only) viewing of “Howard’s End,” I found myself cringing at the idea that somewhere on this earth; a stilton-loving, Earl Grey guzzling, 50-something-year-old bloke was marveling at his own artistic transcendence. Gross.

So, it only makes sense that I initially found myself resisting the work of Steve McQueen before I really even gave it a fair chance. That’s what makes his 2011 film “Shame” all the more admirable and ultimately impressive. Sure, if you dig deep enough into the film’s texture, you’re obviously going to find your standard beard stroking moments of existential expressionism (what do you expect), not to mention a few ubiquitous “film school ready” extended tracking shots. That being said, I find McQueen’s films crucially underrated in that they still manage to generate a satisfying viewing experience. It’s not like McQueen is just a fat Lee Daniels either, people.

When we see the great Assbender cranking a quick one out in the men’s stall on his work break, you’re not getting an avant-garde, “let’s reveal his inner demons” type of filmmaking. At least it doesn’t feel like it. “Shame” and “12 Years a Slave” are both rare breeds; they’re able to stay real and cinematic at the same time. McQueen isn’t the black jesus, but at least he’s not trying to be. What he is, however, is one of the few remaining true auteurs of the medium, and we can only pray that his apparent self-seriousness doesn’t eventually get the best of him. Please Hollywood, if you take McQueen from us, and we assume you will after “12 Years a Slave” wins the Oscar, at least let him keep the jerk-off scenes. -Sammy Warshaw/Shia Labeouf 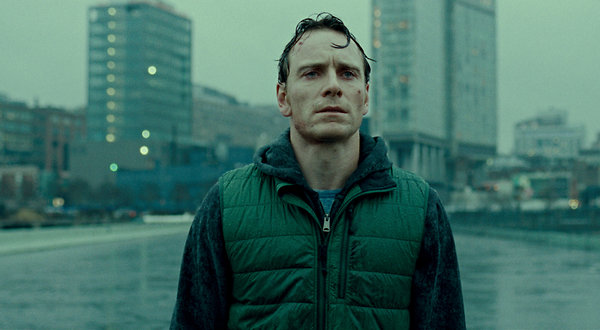 David O. Russell has been entertaining some people and pissing off others since early in his career. He has always been in the business of directing neurotic screwball comedies, which makes for some very broad characters. Russell doesn’t piss me off, as the way he utilizes all of his characters in response to the world that he puts them in is almost always near perfect.

For anybody looking for cross country road trips and stereotypical New York Jews complaining, “Flirting with Disaster” is the answer to all your prayers. In it, Ben Stiller plays Mel, a new father who was adopted as a child and now wants to find his biological parents. Along the way, a series of mishaps allow him to take in a sampling of some of America’s finest weirdos. The film fires on all cylinders while simultaneously being painful to watch. But it’s the good kind of painful, the kind that you fight through because you just want to see how everything won’t work out. More importantly though, Alan Alda and Lily Tomlin play a couple of aging, married hippies. Imagine how perfect that sounds, then think a little harder.

People seemed surprised at how funny “The Wolf of Wall Street” is. However, “Wolf” is not Scorsese’s first brush with comedy. The vastly underrated “The King of Comedy” is both against type for Scorsese and exactly the kind of film we have come to expect of him.

“The King of Comedy” is about as black as black comedies get. Robert DeNiro plays Rupert Pupkin (a name that is hard to forget), a wannabe comedian who lives in his mom’s basement and dreams of his big TV debut. Finding that no one will give him five minutes, he decides to kidnap his favorite talk show host (Jerry Lewis) in the misguided hopes of finally getting his first shot. The only real difference between Rupert Pupkin and Travis Bickle is that Pupkin doesn’t have PTSD. Scorsese knows how to make society’s shadow figures so endlessly compelling.

Most people will claim that “Sideways” is Alexander Payne’s best film. Don’t get me wrong, I like wine, and I like white people, but the two of  them together can often be kind of boring. “Election” is the furthest thing from that. Long before “Nebraska,” Alexander Payne has been ripping Middle America a new one. It was a little more sincere in “Nebraska.” “Election,” though, is straight up mean. I mean that as a compliment.

The film is mean from its very premise: a high school teacher (Matthew Broderick) tries to stop know-it-all Tracy Flick (Reese Witherspoon) from winning class president. Broderick is perfectly cast as the anti-Ferris Bueller, while Witherspoon gives new meaning to the phrase “fuck me, please.”

“Election” shows a very different Alexander Payne. This is not the same man who directed “The Descendants.” Today, he  lets scenes play out. In “Election,” he butts in as much as possible with hilarious freeze frames and meandering streams of consciousness. His meanness is okay, though, as Payne spreads the hate around. And hey, at least everybody gets a semi-happy ending, bee stings and all. Even for a movie that is often mean-spirited, I don’t think I can run out of nice things to say about “Election.”