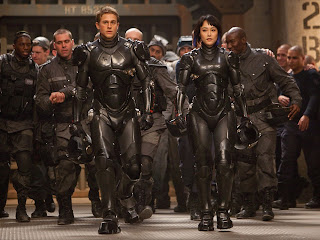 If there is one complaint that people could have against the Oscars, besides the fact that Oscar voters rarely pick the right film and are easily seduced by pretty campaigns, is that there awards just aren’t specific enough.

Here are some new categories I thought up to give some movies, directors, and actors who might not have gotten their moment in the sun otherwise.

Some of these awards are compliments, some are not, and some will probably make no sense at all. But then again, anything makes more sense than “Shakespeare in Love” beating “Saving Private Ryan” for Best Picture.

Most Underrated: The Heat

Most Annoying New Indie Trope: Board game brings out tension between family members (The Way Way Back, The Kings of Summer)

Best Use of Tom Cruise Yelling on a Football Field: Oblivion

I Don’t Get Your Accent: Jodie Foster (Elysium)

Could Have Used a Colon in the Title: Star Trek Into Darkness

Movie I Haven’t Seen But Know Everything About Second Hand: Man of Steel

Funniest Use of Drugs: The Wolf of Wall Street

Best Movie of the Year that was Actually a TV Show: Breaking Bad