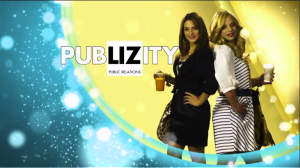 I can’t stop laughing at this. Image via Hulu

I have a theory about people who say they hate certain funny TV shows*: they’ve never actually watched a full episode of that show.

Maybe they have seen five minutes of the actual show, but mostly  they have just watched the commercials for it. “Don’t judge a book by its cover” is a cliche, but it applies especially well to comedy. Even I have fallen victim to the commercial trap before (a dumber version of me once said “that show “Arrested Development” looks stupid”), and it seems to really be taking a hold on “Kroll Show.” This is a shame, as “Kroll Show” also happens to be one of the funniest shows on television right now.

“Kroll Show” definitely doesn’t give off the best first impression. One guy dresses up as a woman, a bouncer, a gay man, and an old Jew, amongst many other characters. At first, this just sounds like a whiter version of an Eddie Murphy movie. But plug in some irony, and suddenly you’ve got something brilliant.

Here is the basic gist of the show: it’s a sketch show where Nick Kroll (you might know him as Ruxin on “The League”) plays a variety of different characters. Unlike “Saturday Night Live,” there is no audience or musical guests. Just pure madness.

“Kroll Show” is now a few episodes into its second season. Season two is usually when comedies tend to find their voice, but “Kroll Show” was already pretty confident throughout all of season one. However, that didn’t stop Kroll and his creative team from taking the show into some new territory. Probably a smart idea to change up the format before critics and bloggers (pffft those jerks) can complain that the show is getting stale.

But the show didn’t change too much. In season one, skits were broken apart by a brief monologue from Kroll, who told a story that somehow tied the theme of the episode together. This is common in shows helmed by stand-ups (see: “Seinfeld,” “Louie,” “Inside Amy Schumer”). Instead, he now brings out cast and crew members for mini interviews, which basically amount to a bunch of friends screwing around with each other. One-on-one interviews are common in comedy shows today; they serve as a replacement for the live audience as the surrogate between character and viewer. This show seems to have a small, loyal enough fan base that it no longer needs to tell us what it is.

“Kroll Show” doesn’t quite feel like a show that gets made anymore. It is a part of Comedy Central’s renaissance, in which they have actually started to put good comedians on TV. At times, “Kroll Show” doesn’t even feel like a sketch show. It shares a lot with the great “Mr. Show” in that it seems more determined to create a world as opposed to just a bunch of standalone sketches.

During each episode, characters and story lines tend to intertwine. One character will get a new reality show that allows them to become part of the life of another character. It’s a product of an age where it seems like just about anybody who is desperate enough can get their own show. In general, “Kroll Show” is like a comedic chameleon, as it can perfectly take on the form of a Bravo dating show, an action movie, and a Canadian teen drama all in the span of one episode.

But overall, “Kroll Show” is just hilarious. Sure, it can be hit-or-miss a lot of the time, but that’s what sketch comedy is most of the time anyway. Go back and watch episodes of “SNL” from any of its Golden Ages. For every Matt Foley there is a stinker that nobody remembers. What counts is when there is more gold. “Kroll Show” is definitely a sketch show made for the DVR age, with plenty of moments that get funnier on repeat viewings.

In terms of ambition and commitment to performance, Nick Kroll is pretty close to being a modern Sid Caesar. “Kroll Show” also proves that smart comedy about dumb people is the best kind of comedy out there. You probably won’t be able to get either of those out of just one commercial.

*This theory does not apply to “The Big Bang Theory.” I have watched a full episode and still rule that it is not funny.

Some of my favorite skits/moments (Some of these are just pieces of longer sketches):