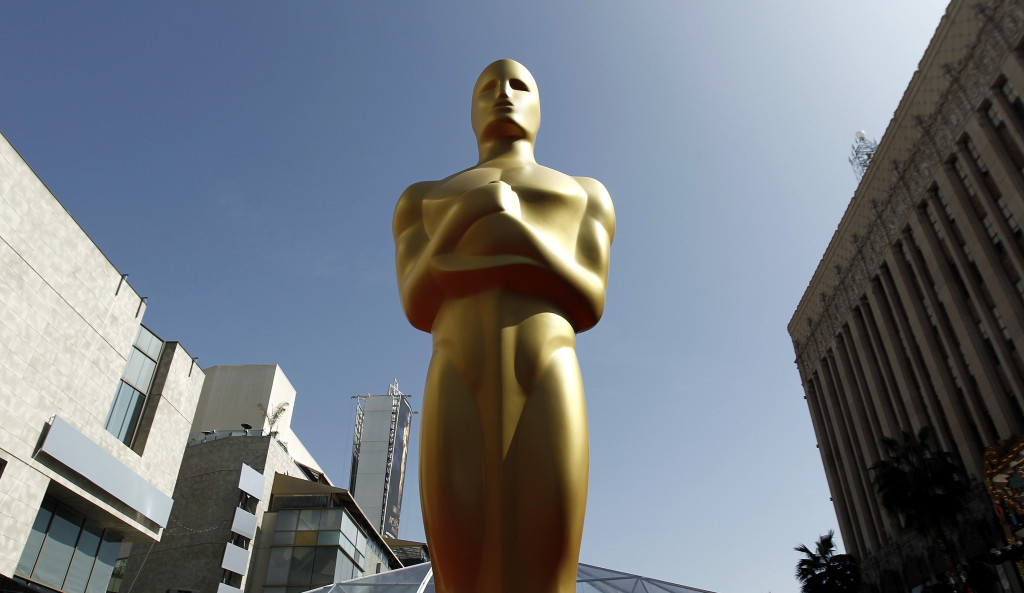 Bow down to the almighty golden bald man!

If cinema is a religion, then the Oscars are its biggest holiday.

I mean this in the same way that sports are also like a religion, and the Super Bowl is its Christmas. If sports are the biggest religion, then cinema is a much smaller one, and one that you might have to be crazy to follow. Fittingly, movies are like Scientology. And it is ironic that the ceremony focuses on bowing down to a golden idol, given that the main participators are typically Jewish and idol worship is a no-no if you’re up to date with your Torah studies. I understand some of you are waiting to binge read it later.

Anyway, the Oscars do what any good holiday should do: distract us from the cold, dark world. Without the Oscars and all of the other precursors leading up to it, all we would have is “I, Frankenstein” and “Endless Love.”

This actually happens to be a very exciting year for the Oscars. The ceremony will cap off a fantastic year of film and this year, there is an edge of unpredictability to it. Could there be a tie? Could Leo finally win his first Oscar this year? Is Judi Dench the British version of Meryl Streep? Will I make more dumb religious analogies? I will try and answer some of these questions today.

Here is who I think will win this year at the Academy Awards:

First, it started with “American Hustle” winning the ensemble prize at the SAG Awards. Then, it continued with “12 Years a Slave” and “Gravity” both winning the PGA Award for Best Picture this year, which is the first time that has ever happened in history. That is the story of one of the strangest Best Picture races in recent history. The ensemble prize can often be a spoiler, but not always. There has still never been a tie for Best Picture at the Oscars, but there is always the chance that we are long overdue. Yet, I do not think it will be a tie. “12 Years a Slave” seemed like a sure thing from the day it premiered at the Toronto Film Festival. Don’t be surprised if something weird happens in this category this year.

For the longest time, I thought Steve McQueen would be the undisputed winner here. However, the DGA doesn’t lie. Alfonso Cuaron will take home his first statue ever for his awe-inspiring work on “Gravity,” a labor of love in which the labor and the love were visible in every frame. For the second year in a row, there will be a split between Best Picture and Best Director.

This is by far the most crowded and toughest to predict category of the year. First off, we can eliminate Christian Bale, who did a great impression of a fat Jewish male in “American Hustle” that might have had a stronger chance in another year. Chiwetel Ejiofor seemed to have a better chance when “12 Years a Slave” was at the peak of its hype and critical acclaim. Bruce Dern at one point seemed to have a strong chance for his quiet and excellent work in “Nebraska.” It would be an award for industry veteran who has yet to receive his due. However, he has not faired well at precursor award shows.

That leaves two people at the top. Leonardo DiCaprio has been around for a long time and has given a lot of excellent performances. His work in “The Wolf of Wall Street” is arguably one of the best of his whole career. If he wins this year, it would be both well deserved and long overdue. However, this is the year of the Matthew McConaughey Renaissance. The Academy loves a comeback just as much as it loves when an actor loses weight for a role that is based on a true person.

Sorry, Sandy Bullock. This one was decided when “Blue Jasmine” first came out in theaters last summer.

Barkhad Abdi did such great work in his first major acting role ever in “Captain Phillips.” I would love to see him go on stage and declare “I am the winner now.” Jonah Hill might have a slight chance, as the recent marketing push for “The Wolf of Wall Street” has focused mainly on the actors. But the two of them and the rest of the nominees will have to clap with feigned enthusiasm as Jared Leto takes the stage for his unforgettable performance in “Dallas Buyers Club.”

In a perfect world, June Squibb would be the undisputed winner in this category. There is a chance that her old age might appeal to voters. Jennifer Lawrence, along with being America’s sweetheart, is also a popular contender. However, she just won last year and her performance in “American Hustle” was a bit too divisive to be a sure thing. That is why SAG winner Lupita Nyong’o, in her scene-stealing breaking in “12 Years a Slave,” will walk home with the trophy.

This category is filled with lots of strong work. This could be the best chance “American Hustle” has to walk away with everything. More likely though, this category belongs to “Her.” The little movie that could had one of the best scripts of the year, and the kind that people will be talking about long after the Oscars end.

“Captain Phillips” pulled off a surprise win at the SAG Awards this year. However, the real reason that “12 Years a Slave” didn’t win that award is because it wasn’t eligible. John Ridley will take home a statue to go alongside the film’s Best Picture win.