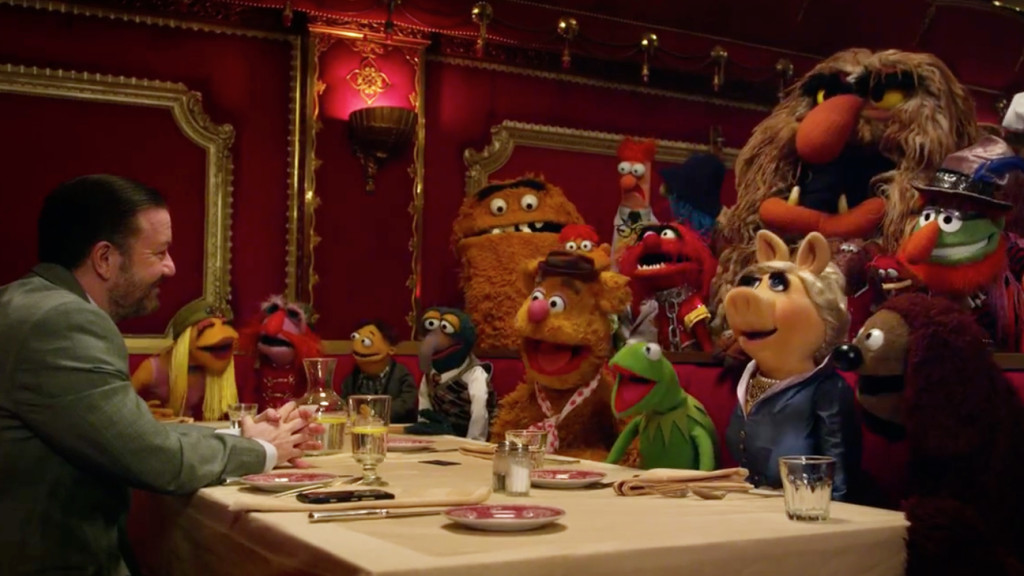 While The Muppets was something of a bromance, Muppets Most Wanted is an old school caper. It turns out that Kermit has a doppelganger named Constantine, who happens to be the most dangerous frog in the world. Constantine escapes from the Siberian Gulag where he was imprisoned and switches places with Kermit. This body switch makes up for most of the film’s best jokes. Watching a frog with a Russian accent try and learn how to do a Kermit voice is absolutely delightful.

In fact, “delightful” is probably the best way to describe Muppets Most Wanted. Even when it does go wrong (more on that in a bit), there is no way this movie can’t make you happy. Each celebrity cameo is great because of the way they are all employed in the story. Having Usher be an Usher is probably one of history’s greatest anti-jokes. Muppets Most Wanted is worth the price of admission just for the rendition of “I Hope I Get It” with Danny Trejo and Ray Liotta. Now that is a sentence I never thought I would get to type in my life.

Muppets Most Wanted finds as much middle ground as possible between what both kids and adults will love. If it is a good family movie, then adults should be able to enjoy it, as opposed to just feeling the need to tolerate it. There might even be more here for adults to enjoy than kids. Some of the pop culture references are so subtle that you can’t help but admire them. A lot of comedies set in prisons will reference The Shawshank Redemption, but only Muppets Most Wanted will reference it simply with a Rita Hayworth poster that has Miss Piggy’s face.

When you have a movie like Muppets Most Wanted, it is impossible not to compare to both its predecessor as well as all other Muppet outings, given that the Muppets are an American institution. In that regard, Muppets Most Wanted is underwhelming. It throws a lot of the more well-established characters to the side at times to let in room for new characters. That is fine, as most of the new characters that are introduced are great (except for Walter, he doesn’t really bring that much to the table). Even though the last movie focused on two brand new characters, it still felt like every well-established Muppet got his or her moment in the sun.

The Muppets are and always have been about going meta. There is a saying that “once you go meta, it’s hard to go back.” Some claim that this is what ruined The Simpsons (though I believe there were many more good episodes after “Behind the Laughter,” but this discussion should be saved for another time). The problem with Muppets Most Wanted is that it eventually forgets the promise of the opening song and and gives in to its heist movie nature. Every movie for kids need to have a lesson in the end. However, if you are going to go meta, then you have to go all the way.

Muppets Most Wanted is still enjoyable and packs in just about as many laughs as it should. It is great fun but it has a little less of the anarchy that always makes the Muppets so great. What I am trying to say is that Muppets Most Wanted isn’t bad, it just could have used a pair of fart shoes.