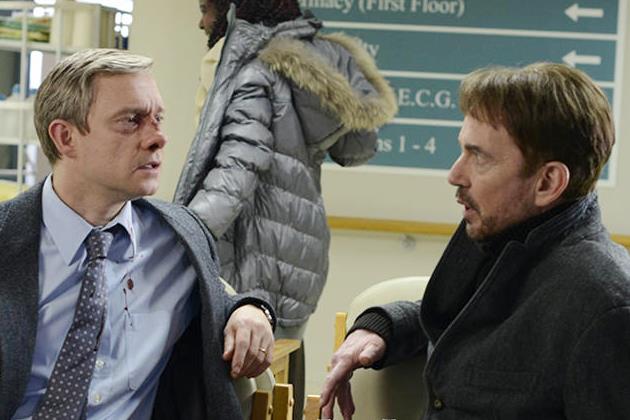 As long as they can find somebody else as good as Jack Nicholson to play Jake Gittes, then I would be on board. Los Angeles in the seedy 1930s is interesting enough for one film. I can’t even imagine the possibilities that backdrop could lend for television. Sure, the characters in Chinatown are incredibly memorable, but there is a lot you can do with that setting.

There has been plans for a third Ghostbusters movie for way too long now. Ivan Reitman and most of the stars have no interest in the project. Instead of trying to ruin a classic, they should just start from scratch with a new series. This could either be a prequel or a loosely based adaptation with completely different characters. I could see Jake Johnson, Damon Wayans Jr., and Adam Pally in the leading roles. There are endless possibilities with this idea. There are a lot of ghosts out there, or so I am told.

Here is another action comedy with a lot of potential for new stories. Hot Fuzz might have been more fitting as a movie, given that it is all about a love for movies. Yet, I would enjoy seeing Simon Pegg and Nick Frost back together on the small screen with Edgar Wright at the helm (the three of them first collaborated on Spaced).

The ending of In Bruges doesn’t necessarily leave a lot of room for more stories from these characters. You could say the same thing about Fargo though. An In Bruges TV show would be amazing if it could recapture the sardonic and hilarious tone of the source material. Bruges is a tiny city filled with possibilities. The only issue would be finding somebody who could drop an f-bomb as elegantly as Ralph Fiennes can.

This Is the End

It is about time the Apatow Gang came back to TV. No matter how big of movie stars they all become, the small screen will always be there for them. It would just be fitting if the likes of Seth Rogen, James Franco, and Jay Baruchel just played themselves, given as it is hard for me to separate them from any character they play. That’s not a bad thing. This is about as close as I can get to reviving Freaks and Geeks without creating a Frankenstein monster from pieces of a long cancelled TV show.