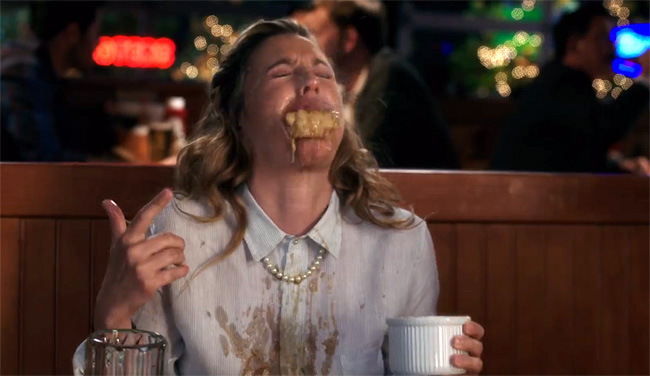 While there are movies coming out that look much worse than Million Dollar Arm, the terrible thing about it is how safe and inoffensive it looks. An underdog sports story about an unconventional approach to assembling a team? Draft Day just came out and it bombed. White people and foreigners teaching each other touching life lessons because we’re all secretly racist? Get in line behind all of the rest. If you are going to give Jon Hamm a star-making vehicle, then at least give him something that plays off of his ability to smoke cigarettes and drink a lot of scotch.

I might be one of the few people on this Earth who actually enjoyed The Amazing Spider-Man, even though I will admit that the crane scene was one of the worst deus ex machinas in film history. The Amazing Spider-Man 2 looks like it suffers from the same problem that has plagued many comic book adaptations: it overcrowds itself with too many villains. This is especially bad given that I can’t help but associate Jamie Foxx with that blue dude that Tracy Jordan keeps seeing in that episode of 30 Rock where he stops taking his meds. In addition, Paul Giamatti has shamefully been placed into a rhino costume. Somebody please tell Sam Raimi to come back.

If you look up “phoning it in” on Wikipedia, you’ll find a picture of Adam Sandler taking a nap on top of the Grown Ups 3 script. Blended looks like a sad waste of the squandered talent of Sandler and Drew Barrymore, who once upon a time displayed such amazing chemistry together in The Wedding Singer and 50 First Dates (where Drew Barrymore ruined the ending of The Sixth Sense for me). Instead, we will get a lot of African stereotypes, and a lot more of me wishing I was watching Terry Crews in Brooklyn Nine-Nine instead of Terry Crews in Blended. Blended looks less like a movie and more like an ad for Hooters. This is what we get when we take Billy Madison and Big Daddy for granted.

After seeing The Rock scream “I. AM. HERCULES!” in the trailer, I refuse to call this anything else but I, Hercules. This entire movie is a studio executive screaming, “Look! You know who Hercules is! He’s a familiar character! Give us money!” at an audience that secretly wants somebody in Hollywood to just invent a new action hero already.  I, Hercules is yet another example of Hollywood taking a story we have heard too many times before and trying to put it into a new, “gritty” package. The problem is that for me, stories like Hercules work much better when they are in musical cartoon form. In the future, I, Hercules will be looked at more as a reminder of a horrible trend than a horrible movie that came out in the summer of 2014.