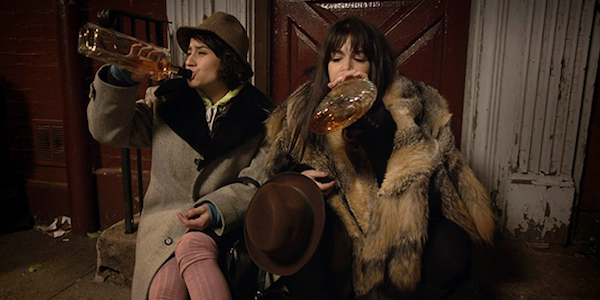 Because of the random absurdness and poop and dildo jokes, Broad City never seemed like a likely choice for the Emmys. However, it received far better reviews than many of the shows that did get nominated, so I sense just a bit of snobbishness on the part of Emmy voters. Simply put, Broad City is the best new comedy of the year. Abbi Jacobson and Ilana Glazer act as if they have been doing this for decades, yet their show was a radical breath of fresh air. It’s like somebody threw Louie, Workaholics, and Girls into a blender. These two Jewish ladies are television’s most dynamic duo. It is no wonder Amy Poehler put so much faith into this show. Speaking of Ms. Poehler.

Parks and Rec has been on for over half a decade now. Despite critical praise and an audience that seems to grow by the year, Parks still feels greatly underappreciated. Most people think the traditional sitcom is dead, but Parks and Rec is as traditional as they get. It happens to be an incredibly fresh example of something old. Sometimes, I wonder if the creators of Parks and Rec feel like Leslie Knope, who is hardworking and incredibly capable, yet the voters are not too big a fan of her’s.

Okay, so maybe Kroll Show was too much of a giant inside joke for voters to follow. I mean, it might be the most innovative sketch show of our time, but fine (not really, but I’ll live with it). What might have at least made up for that loss was a nomination for Nick Kroll, who juggles so many roles in a show that bears his name. In a given episode, he can play an old Jewish man, a woman, and a punk kid with a lisp. It’s a performance of Sid Caesar like proportions. And yes, I did just compare Nick Kroll to Sid Caesar.

This finally looked like the year Dean Norris would get a nomination for his work in Breaking Bad because this was finally the year where he truly got to shine as Agent Hank Schrader. Perhaps one of the most anticipated moments in the series was when Hank and Walt would finally look at each other face to face, with no more secrets to hide. Norris made the moment worth the wait. In five seasons, he went from goofy comic relief to the only source of morality in a dark, dark world.

I want to give a special shout out to Tatiana Maslany. I can’t judge her especially well, because I haven’t seen season two of Orphan Black yet. However her work in season one definitely deserved an Emmy nod. I also hope she hosts SNL one day.