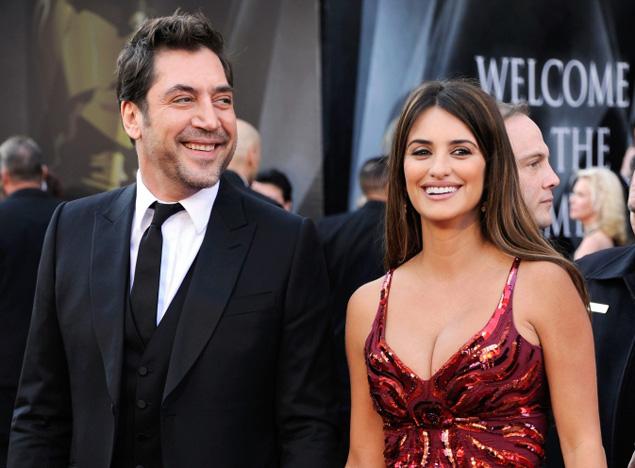 It has happened to all of us before. One day, you’re waiting for your favorite celebrity’s new movie to come out. Then, suddenly, you find out that they are some sort of racist, homophobic, perverted alcoholic. They need to recover. And so do you.

Recently, Javier Bardem and Penelope Cruz (along with a slew of other Spanish celebrities) signed an open letter condemning Israel’s recent actions in Gaza. While some agreed with the content of the letter, others thought that they placed an unfair amount of blame on Israel. Bardem and Cruz later clarified their thoughts on the issue.*

Recently, I was reminded of Mel Gibson’s decade old anti-Semitic rant when my dad told me that Mel Gibson movies were banned from our household. That’s a bummer, given that I was only 20 minutes into Lethal Weapon 2.

These two occurrences are just a few of many that have reminded me that lately, the views of some of my favorite celebrities do not necessarily line up with my own. Once I hear that any celebrity thinks differently than me, watching their work can sometimes feel odd. But I don’t want to give up on them just because of their political views or their crazy personal lives. There has to be a separation of art from the artist. This is a topic that we could debate about for hours.

I have decided to put together a list of questions, thoughts, and possible answers to this topic. Here is what you should or should not do once you find out that your favorite celebrity is a jerk:

Can you watch their movies/TV shows ever again? Some people might adamantly give up on their favorite celebrities forever. Maybe they believe that this is a form of boycott that might actually have a lasting impression. Maybe it could. Hey, Woody Allen’s latest film, Magic in the Moonlight, has not been doing so well. I have not seen it yet, but I would not be surprised if the critical reception and box office numbers weren’t impacted by the recent rape allegations.

This is understandable. After all, why should you pay good money to watch somebody who is just going to make you angry? That ruins the escapist angle of art. However, I don’t think this should exclude watching old things. Maybe Mel Gibson still hated Jews when Braveheart came out, but us innocent moviegoers would have had no way of knowing. Plus, watching one of his movies on cable at 10 PM on a Saturday night will probably not make him any richer.

Mainly, no matter how angry Javier Bardem makes me, you cannot stop me from watching No Country for Old Men.

But seriously, can I watch anything by them? Okay, if something really good comes out, then you can go see it. It won’t make you a bad person or a supporter of their views or actions. One of the many reasons I haven’t seen a Mel Gibson film in years is because he hasn’t made anything that has piqued my interest. However, if Chicken Run 2 came out, you can bet your ass I will be at the midnight showing.

What if that person did something really bad? This question goes all the way back to the Fatty Arbuckle Scandal, an infamous case which led to the creation of the Hays Code. A good modern day example, as previously mentioned, is Woody Allen. Woody Allen is a genius, and like many geniuses before him, he is also not a good person. While Javier Bardem’s views probably don’t inform his performance in Skyfall, Allen’s personal life definitely informs a lot of his work. This is a fact that often straddles the line between creepy and brave. At this point, I don’t necessarily support Allen as a person. However, to morally judge the way he expresses himself seems morally wrong. While he is not honest in real life, Allen shows a degree of honesty in his work.

Blacklisting?? No. Just no. People are entitled to their opinions, no matter how much you might disagree with them. Banning an actor from getting work probably won’t end racism or homophobia. Go talk to your congressman about that instead.

What do celebrities know? Just remember: at the end of the day, life is meaningless, time is a flat circle, and we all know nothing. If you want to say, “what does she know…she was in Vanilla Sky,” then so be it. In fact, you would not be wrong. It seems wrong for a celebrity to stick their nose into a situation they are clearly uneducated about. However, if you are going to say that about one celebrity, then maybe you should say that about all celebrities. Unless their job is to watch or report the news, then what separates a model, an actor, and a comedian? Everybody deserves the right to free speech and opinion. However, maybe it is best to know that just because somebody makes something you like, it doesn’t necessarily mean that you are going to like them.

*I just want to be as clear as possible: I do not believe that criticizing Israel means that you are anti-Semitic (unless, you know, you’re shouting about killing Jews). The world is not black and white.