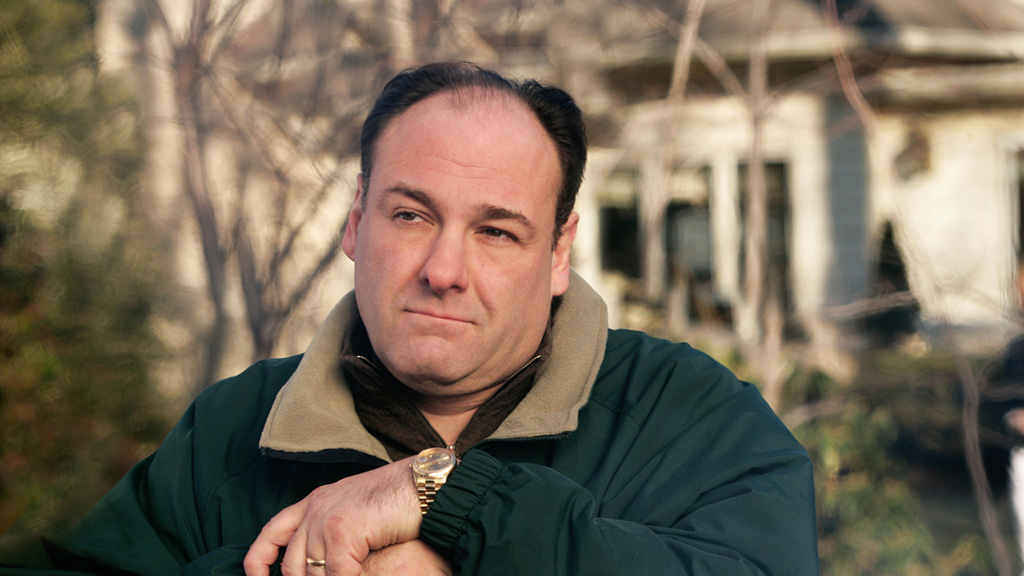 It took me well over a year, but I was finally able to finish The Sopranos, a show in which I am only seven years late to. The Sopranos is truly a marvel of a show which lives up to all of the hype. What I never expected was how funny and philosophical a show about the New Jersey mafia could be.

While I wish I watched The Sopranos when it was actually on the air, seeing it years later is fascinating. First, I binge watched a show that was made before binge watching was even invented. Second, The Sopranos perfectly encapsulates the 2000s, and it is interesting to see how much the show shifted after 9/11. Third, my Sopranos experience felt akin to Boyhood: we get to grow up with these characters, and watch them change and mature on screen.

Here is a scattered collection of thoughts on The Sopranos (Note: Do not read this unless you have seen every f***ing Sopranos episode ever):

Best Episode: It’s the textbook example, but I am going to have to go with “College,” the episode in which Tony takes Meadow to look at schools in Maine. While there, he must decide whether or not to whack somebody. From there, the entire tone of the show was established. Without “College,” there would be no Sopranos.

Meadow’s Worst Boyfriend: They were all pretty terrible. Noah was annoying (Note: I definitely dislike him for different reasons than Tony did). Jackie was a degenerate. I would have to say that Finn was the worst of them. I don’t know how to describe it. There was just something about his face.

Most Horrible Moment: The first time Adriana went to meet with the Feds, it seemed like nothing but trouble. After about two seasons of buildup, the jig was finally up. Poor Adriana meets her fate desperately crawling through the woods. But as the old saying goes, “never try and outrun a member of the E Street Band.” If Twitter had existed then, the top trending topic that night would have been #RIPAdriana.

Best Antagonist: In any other show, Tony might have been considered the villain. The Sopranos is less about villains and more about antagonists. Phil Leotardo might be an easy pick, but I pity him. When your last name gets changed from Leonardo to Leotardo at Ellis Island, you’re pretty much screwed from the start. That is why I am going to go with Ralphie Cifaretto, a man who once beat a stripper to death with his bare hands. Ralphie was a very secretive sociopath with a very weird sex life. The difference between Ralphie and Tony is that Tony actually has some semblance of a soul. Leave it to The Sopranos though: the one time Ralphie seemed at all sympathetic was just an episode or two before he was strangled to death.

Biggest Flaw: A lot of people didn’t like the therapy stuff, but the funny and sometimes threatening relationship between Tony and Doctor Melfi formed the intellectual backbone of the show. What often bothered me were extended dream sequences. Sure, they could set the show apart. However, an entire episode filled with dreams (such as season five’s “The Test Dream”) would feel more muddled than intoxicating.

Funniest Episode: The Sopranos might have ushered in the era of the gritty cable drama, but it also had an amazing mix of comedy, something that, say, The Leftovers could use. The best example of the show’s black comedy is the episode “Pine Barrens,” in which Christopher and Paulie get lost in the wild of New Jersey. Their chemistry was always toxic, and watching the two of them fight a renegade Russian is endlessly entertaining.

Funniest Moment: In “The Strong, Silent Type,” Christopher sitting on a dog’s head manages to be the second funniest part of the episode.* The funniest is the ensuing intervention, which ends with everybody beating up Christopher instead of helping him. Leave it to David Chase to make rock bottom this funny.

Funniest Death: There were many funny deaths on this show, but nothing beats Phil Leotardo getting his head squashed by a renegade SUV.

James Gandolfini: He deserves every bit of praise he has ever gotten for his performance as Tony Soprano. David Chase created an incredible character, but Gandolfini made him come alive. Tony is a man of many faces: psychopath, sociopath, class clown, and father. Parts of Tony are evil, and parts of him are good. He is the kind of man who could terrify you one minute, and make you laugh the next because he’s wearing sausages around his neck. If you thought of Tony Soprano purely as a monster by the time the finale rolled around, then you were probably watching the wrong show.

New Jersey: The idea of New York being a character in a movie has become so trite that an entire movie was made making fun of this notion. New York’s neighbor has some character as well, and it’s not too ridiculous to point out how important New Jersey is to the story of The Sopranos. In the eyes of Phil Leotardo, The Soprano crew is seen as this sort of second rate crew that is making a mockery of the entire mafia tradition. Now, New Jersey has gotten a bad reputation, and organized crime certainly hasn’t helped. However, The Sopranos has. That stretch of the Jersey Turnpike going through Newark, Elizabeth, and the Meadowlands is usually associated with a foul odor. Now, when I drive through there, I feel like Tony Soprano, smoking a cigar while “Woke Up This Morning” plays. Now, some savior from Connecticut should find a way to make that stretch of I-95 going through Bridgeport seem as cool.

Italian: The Sopranos was often accused of perpetuating Italian-American stereotypes. That statement is either wrong, or just half right. The Sopranos is largely about trying to keep your heritage alive while at the same time, struggling to fit into the modern world. If Italian-American stereotypes include mobsters, thick accents, and gabagool, then The Sopranos is chock full of them. However, The Sopranos needs those stereotypes, as it is ultimately about embracing yourself. This could also apply to anybody of any ethnic background. So yes, next time I go to a deli, I’ll take a Pastrami on Rye (cholesterol be damned).

America: In The Sopranos, New Jersey is a perfect stand-in for America as a whole. It is a diverse and constantly changing organism placed in a very small package. The Sopranos is TV’s first Great American Novel. Like every Great American Novel, The Sopranos is a meditation on the American Dream. People come to America in search of opportunity and sometimes, it doesn’t work out. Other times, you have to sacrifice everything you stand for to gain stability. Other times, you have to sell part of the old neighborhood to Jamba Juice in order to get by.

*I don’t find dog death funny, but this particular one is for how hard Christopher tries to defend himself (“she must have crawled under me for warmth”/”I didn’t kill her, I must’ve sat on her!”).