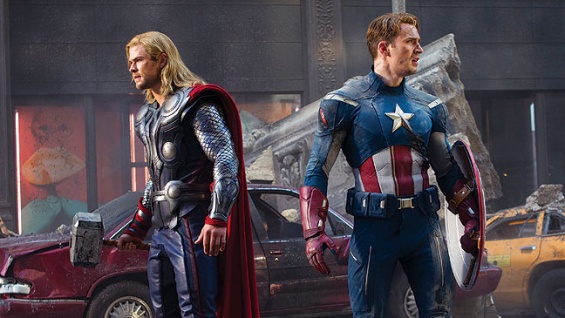 Earlier today, news got out that a new course is being taught at University of Baltimore which centers around Marvel movies. It was hailed as the first of its kind, unless you count the Marvel class taught by my friend (Professor of Comics on the podcast) at Syracuse last year. I get it, once Upstate New York gets a show as good as The Wire made about it, then people will remember it exists.

As somebody who mainly occupied the communications and liberal arts buildings, I have taken some odd college courses. I once took a philosophy class where two people argued whether or not a cat had a tail or not for 45 minutes. For some reason, I never dropped it.

Besides that, I typically liked the classes that some might consider “BS.” I liked to learn about history and even write an essay. One of the best classes I took in college was about horror movies. Now, I’m a horror convert.

Making a class about blockbusters might seem odd, but Marvel has such a big impact on modern movies that it’s about time we got past the spandex and Stan Lee cameos and tried to figure it all out. This inspired me. I decided to think about some other film-related courses I would like colleges to adopt.

So without further adieu, here are some movie themed college courses that should exist:

ENG 404: How Rom-Coms are the Opposite of Romanticism

The McConaissance: Matthew McConaughey & America as a Land of Second Chances

PSY 101: The Psychology of Shia LaBeouf

REL 101: Christ Metaphors in Movies (a.k.a. spreading out your arms so you resemble Jesus on the cross)

Note: Yes, I know there are only nine on here, when I promised ten. I only took one math class when I was in college. It did not go well.