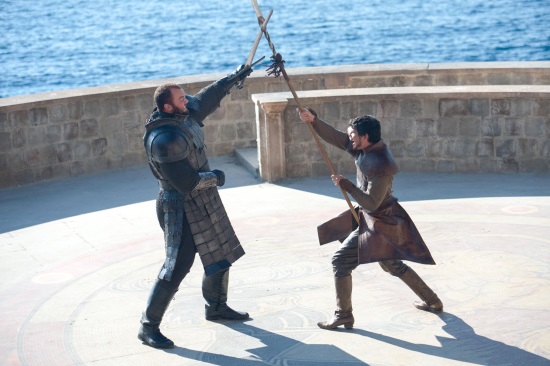 Dave Grohl’s docu-series has the Foo Fighters band leader visiting different cities across the United States and attempting to capture their unique sounds. As a lifelong lover of New York that has never actually lived within the city’s borders, this episode struck an emotional cord within me. I mean, how could you not be fascinated by an hour of television that highlights Woody Guthrie and The Ramones? The final part of the episode, about how gentrification is both saving and ruining the city, makes this an especially sad and complicated love letter to a really special place.

9. Fists and Feet and Stuff, You’re the Worst

Just like Jimmy and Gretchen’s relationship, You’re the Worst grows on you. By its excellent season finale, you will realize that Stephen Falk set up an incredibly populated world of characters right in front of your eyes over the course of just ten episodes. Basically, every terrible thing each character did comes to light. You never hate them for lying or cheating on each other. And you never sympathize with them either. It’s more of a mutual understanding and respect. This episode ends with a moment of uncertainty represented in a single split screen in which Jimmy and Gretchen both gaze off into an uncertain future. It is The Graduate moment that our generation probably doesn’t deserve. 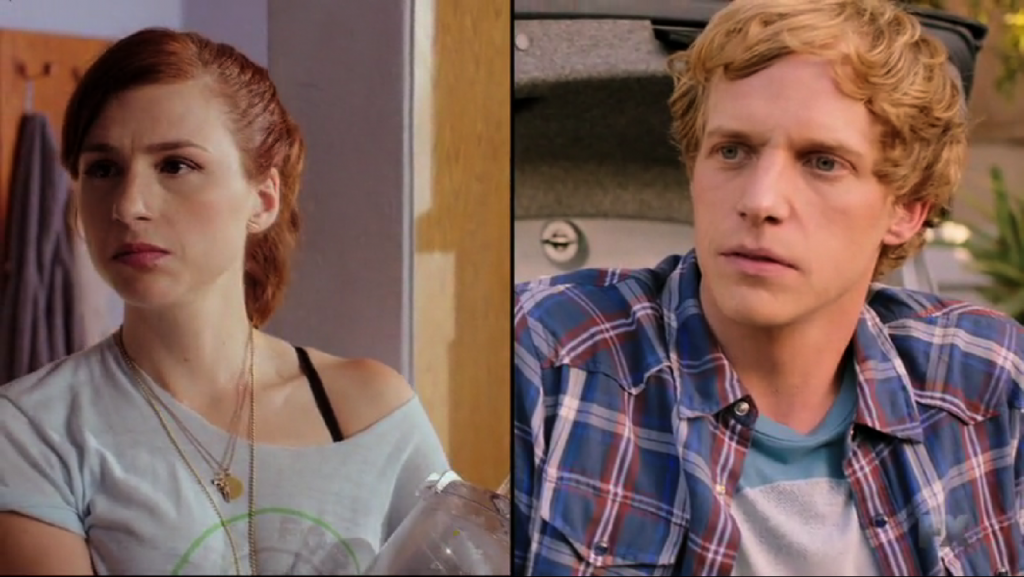 Dan Harmon’s return to Community marked a welcome if uneven return to form for the show. The first half of season five was stronger than the second, and a major highlight is this episode, in which the study group finds out that Pierce has died. His parting gift to them all, of course, is the sweet revenge of chaos. This is Community and its best: the gang sitting around a table in a confined space, arguing and breaking down their entire existence.

7. The Comeback, Valerie Is Brought to Her Knees

The Comeback came back from the dead this year, and boy am I happy with the zombified results. This episode is a series best in the show’s very short run. While season one was a parody of network sitcom and reality shows, season two prods at docu-series and cable television. HBO must be a really good sport, because this episode lampooned the typically meaningless nudity that has become a staple of the network. The final scene, in which Valerie Cherish must get on her knees and pantomime oral sex on Seth Rogen, may be more uncomfortable than anything both Larry David and Stephen Merchant have ever done. While Valerie is sometimes does terrible things, this show always gives us reasons to root for anyway.

At the beginning of this episode, Abbi gets an $8,000 check for one of her drawings. This prompts Abbi and Ilana to break out into a Drake/Missy Elliot mashup music video all the way to the bank teller. A few months ago, I got a $50 check for writing an article and while that is nowhere near the same amount of money, I could immediately relate to that feeling. Towards the end of this episode, it turns out Abbi’s drawing was purchased for an ad for a racist dating site. Moral of Broad City: every day that starts with you dancing to Drake can still end terribly.

In this episode, John delivers a blistering commentary of corruption in FIFA, a topic which clearly pains him given his love of the sport. Then, he bashes Syrian dictator Bashar al-Assad and brings the nearly forgotten English band Right Said Fred out to diss him as well. This was the first episode to show John Oliver’s flawless traits as both commentator and entertainer, in an episode that uses the silly to explain the serious. Shows centered around current events have a tendency to grow stale over time, but this episode still holds up well months down the road.

4. We Have Manners. We’re Polite. Orange is the New Black

At 90 minutes long, the season two finale of Orange is the New Black was basically a movie. Simply stated, it did exactly what every season finale should do: it wrapped everything up, and made us crave more. And that ending. If you haven’t seen it yet, I won’t spoil it here. All I can say is that Jenji Kohan has not lost her touch for making insane things happen in the last thirty seconds of a show. “That one was always very rude.”

When Bojack goes to apologize to his dying mentor for screwing him over, his mentor refuses to forgive him. In TV shows and movies, when a character has done something wrong, they usually apologize, and then all is forgiven. Usually, this happens in too quickly. Bojack gets that sometimes certain actions hurt so badly that they just don’t merit forgiveness. What a beautifully depressing show this is.

Review has a premise so simple (a man reviews life experiences), that it seems like anybody could have made it. But then episode three, titled “Pancakes, Divorce, Pancakes,” comes around and proves this is a unique and singular vision. But let’s not over-analyze here: the greatest thing this episode did was turn everybody’s favorite breakfast treat into a metaphor for surrender and sadness.

1. The Mountain and the Viper, Game of Thrones

The only criticism I could ever levy against Game of Thrones is that the best stuff doesn’t happen until the last few minutes of any given episode. Sure, that might have been the case for “The Mountain and the Viper,” but this was an extraordinary moment that may define the whole series. You might best remember this episode as (SPOILER ALERT) the one in which Oberyn Martell’s head explodes.

I watched this episode late at night. I could barely sleep. The next day, I went to the beach, and all I could think about was Oberyn’s head exploding, and Ellaria Sand’s horrifying scream, which made the situation that much more tragic. When you’re as ADD as I am, things don’t normally stick around in your head this long. This episode made me feel sick and kept me up for hours, but it also reminded me why I love TV.  Game of Thrones taught us once again that just because somebody walks and talks like a hero, that doesn’t mean that they are going to ride off happily into the sunset with their beautiful queen and noble steed.