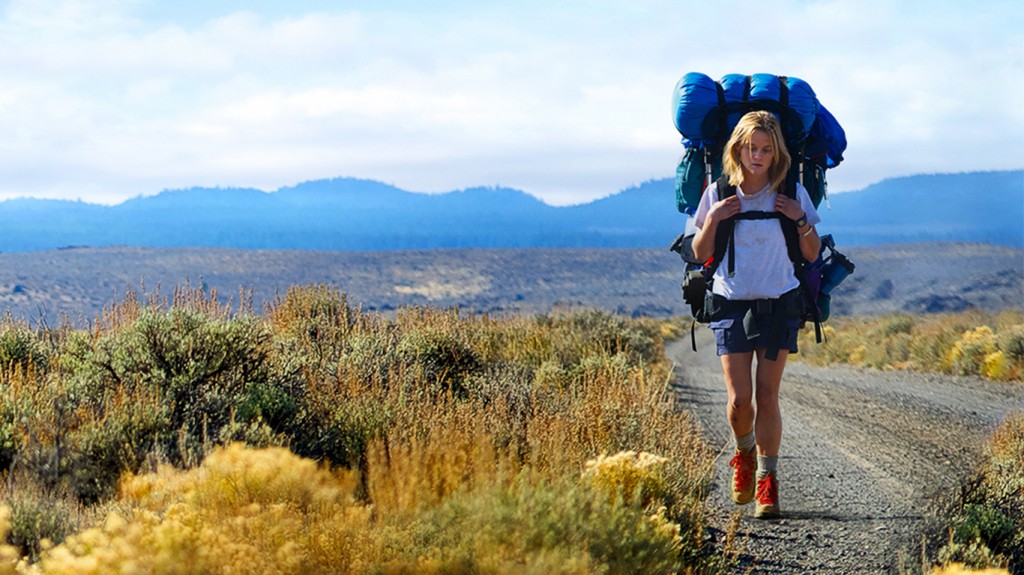 There is a very specific type of story, which entails somebody trading civilization for some time in the woods, that has become something of its own sub-genre. And with that comes the burden of tropes and cliches. There is the flashback structure, the stubbornness, and the regret. I’m referring specifically to Into the Wild and 127 Hours. Wild also finds itself in this category, but it deviates when it comes to its main character, who seems at least a bit more willing to bend to the way of nature.

Like the aforementioned films, Wild is based on a true story. In 1994, Cheryl Strayed (Reese Witherspoon) left Minneapolis to hike the Pacific Crest Trail. It is a bit of an odd trail that never goes right along the coast but rather through scorching deserts and rigorous mountain passes. It is beautiful, yet unforgiving. By the way, I have not hiked this trail at all. The closest I have gotten to it was a hummer ride through Joshua Tree National Park. Wild just happens to portray it so well that you feel like you are there. Another good name for this film could be America You’re Beautiful, But You’re Bringing Me Down.

Witherspoon’s gives a warts-and-all performance; the film does open with Cheryl ripping her toe nail right off her big toe. I don’t think it’s fair necessarily to call Witherspoon’s performance “brave” as many have because at the end of each shoot day, she probably had a nice hotel room to sleep in. Yet, you can read about her extreme commitment to the role and see for yourself that her passion for this woman’s story paid off. The deep pain and soul searching feel so real that at times, that it doesn’t even feel like she is acting at all.

Unlike other characters (slash real life humans) who venture out into the wild, from Chris McCandless to Aaron Ralston, Cheryl isn’t giving the finger to the man. Instead, she is both escaping and confronting deep emotional pain following the death of her mother (Laura Dern). Cheryl’s journey is more a search for meaning than an all out rebellion. It’s equal parts Siddhartha and Easy Rider. It’s a spiritual film of sorts, the kind where flashbacks and hallucinations seamlessly blend together.

Wild was directed by Jean Marc-Vallee, who had a breakout hit with Dallas Buyers Club last year. Vallee has an amazing ability to get the best possible performances out of his actors. He gets them to reach bottom, and then strip away all their flaws in the most personal and revealing way possible. Luckily, he has gotten rid of that irritating shaky cam but unfortunately, he has not lost his love of blatant visual metaphors. After enough people tell her how heavy her bag is, you just want to scream, “we get it, she’s carrying a lot of baggage around with her!” Call the neurologist, because he really hit us over the head with that one. Heyo!

The one other issue I had with Wild was actually with the flashback structure. The film doesn’t have the confidence to just transition without Cheryl looking at a random item, squinting, and then remembering what pain it causes her. It’s essentially the Pear Effect from Saving Mr. Banks. Road trip films are loose in nature, so attempting to be this stringent just seems self-defeating.

Having said that, Wild is a film worth seeing. It puts a nice little twist on a somewhat tired concept and it also happens to be carried on the shoulders of one of the best performances of the year. It’s the kind of film that might make you approach things just a little differently. I don’t think I’m going to go on a backpacking trip through California anytime soon, but I will definitely step outside and see if I can befriend a fox.