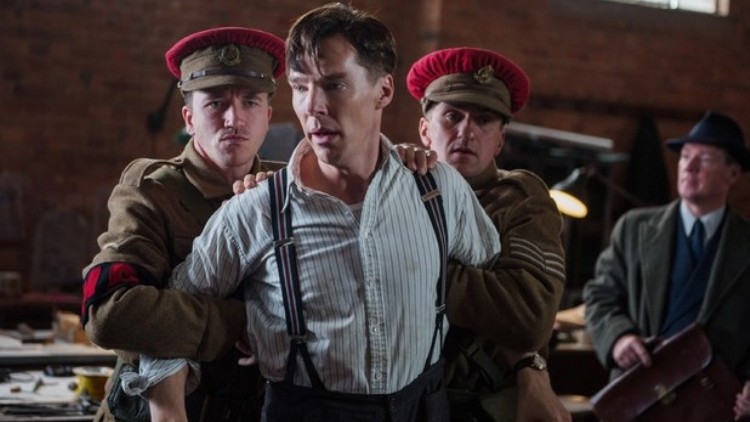 The Imitation Game is set as  Hitler lobs his bombs on England, forcing innocent Londonites to hide in bomb shelters and subway stations. The only way the British Army could possibly gain any sort of tactical advantage is to infiltrate Germany’s secure Enigma code. Turing is brought in by a reluctant general (Charles Dance, who I will continue to call Tywin Lannister until the end of time) to break the so-called unbreakable Nazi code. Turing might be a genius but, as these films go, he is also unpredictable. Watch out! We’ve got a free spirit on our hands!

A lot of the heavy lifting done here is based off of the fact that The Imitation Game is based off of such a fascinating story. Because it gives you the sense of what it was like to be alive in Britain during this time, it is more than merely a Wikipedia entry. While the British spent a lot of time running for their lives, they were also just pretending that everything was normal. Just because there is evil afoot, that doesn’t mean that people will put down their guitars or their pints.

The Imitation Game is at its best when it exemplifies what made Turing such a unique individual. It is at its weakest when it falls into the biopic trap. I guess the flashback structure works here, as it highlights Turing’s loneliness. Still, it feels a little bit stale at times. Hearing Cumberbatch and Keira Knightley say, “people we imagine nothing of do things we can never imagine” over and over again threatens to turn this into an Apple commercial. The film sometimes tries too hard to set up Turing as a Christ figure. Sure, that is one way to look at him. However, I wish they spent a little more time with some of his internal conflicts. This was a man who, according to this film, was shunned and bullied his entire life. He has all the right to hate humanity, yet he is tasked with saving an entire civilization.

Once you get past some of the cliches and the “you’re too bold for us!” moments, what you have here is a solid film here that gets you emotionally when you least expect it. I am sure there is plenty more to the story that we didn’t see, and a lot more was likely changed. For instance, in real life there was probably no woman there who offered an anecdote that just so happened to help Turing solve his puzzle. Morten Tyldum never glosses over how Turing was treated for his sexual orientation. The Imitation Game might get a little sappy at times, but it doesn’t sugarcoat the dark details or leave them as a simple footnote before the final credits roll.