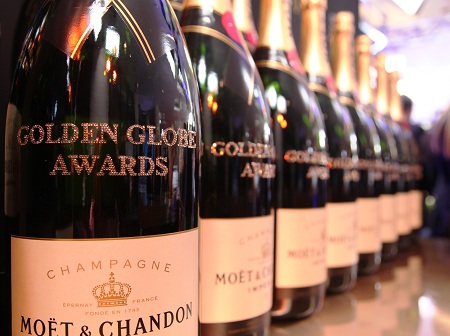 Another year, another winter, another awards show.

The Golden Globes air this Sunday and as pointless as they may be, they are one of the more entertaining awards shows to watch. All of your favorite celebrities are sitting and drinking together in the same room. After the third glass of champagne, the smiles seem a lot less forced.

So, why not pretend you’re hanging out with George Clooney and Jennifer Lawrence? I mean, you’re not; you’re probably somewhere somewhere outside Toledo with a bottle of Fleischmann’s Vodka and some Chinese food (Note: Chinese food is the perfect dinner for any awards show and also any occasion in general). Award shows are predictable, so use that to your advantage and get drunk. Without further adieu, here are the rules for the Reel Deal approved 2015 Golden Globes Drinking Game: