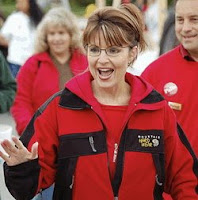 Some people believe in the Mayan prophecy that the world will end on December 21, 2012. Me, I try to be an optimist (and I hate Fox News or whoever is saying the world’s gonna end now) but I think things may be turning around. That’s because the world isn’t ending on December 21, 2012, it’s ending tomorrow. Yes, because High School Musical 3: Senior Year is being released in theaters nationwide. With projections reaching over $40 million in opening weekend gross. Gross, indeed. In a world where 30 Rock can barely get an audience and Stanley Kubrick and The Seventh Seal remain unknown to most, it saddens and sickens me that something like HSM 3 is seen around the country and giving the youth of America the idea that you can solve all of your problems through singing and dancing. Oh, and that you can get through high school by singing and dancing. Oh, and that this what America gets when they’re too afraid to see a movie with the word Make a Porno in the title.

Maybe this is also God’s way of punishing America for letting Sarah Palin be a contender for second in command of this country. I just hope this is the last High School Musical ever made.
Share on Tumblr