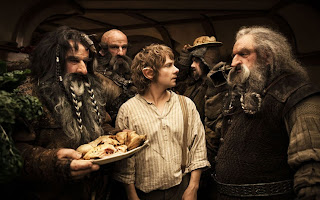 It took just one musical cue from “The Hobbit” to remind me why I fell in love with the “Lord of the Rings” series in the first place. Perhaps it has been widespread anger on the Internet that’s given me nothing but low expectations for “The Hobbit.” The result is better than I thought it would be: it’s a movie that’s all over the place, but one that is very good at being all over the place.

Seeing as the film version of “The Hobbit” was released after the “Lord of the Rings” trilogy, Peter Jackson gets to give us some nice little winks to a series that ended nine years ago, especially with some surprise cameos. “An Unexpected Journey,” the first part of this “Hobbit” trilogy, opens with a long prologue providing more details on the history of Middle Earth. To be honest, I wouldn’t have minded if this prologue went on longer. It gave even more life and depth to this imaginary world. From the perspective of someone who didn’t read the books, “The Hobbit” succeeds best when it is providing small details and expanding the mythology of Middle Earth. With that, this movie has a true purpose.

“The Hobbit” gives us a closer look at those tiny, hairy-footed folk who inhabit The Shire. The Hobbits are comfortable with their land, and they don’t see any reason to ever leave it. This is especially true for Bilbo Baggins (Martin Freeman), who would prefer sitting outside with a pipe and a book more than anything else in the world. That proves impossible when Gandalf (Ian McKellen) shows up at Bilbo’s door with a small (pun maybe not intended) army of Dwarves. The Dwarves pile into Bilbo’s home for a long comic set piece that is basically the Middle Earth equivalent of the State Room scene from “A Night at the Opera.” The Dwarves eat, drink, and sing a lot.

“The Hobbit” also does good in turning the Dwarves into the most interesting race of creatures on Middle Earth. In fact, every race is much more fleshed out in “The Hobbit.” This time, it is more than just one representative from every race. There is a sense of history to this imaginary world.

Quite frankly, Bilbo is a much more interesting hero than Frodo was. The film version also manages to flesh out a very good arc for him. Despite the fact that this is just a portion of one larger book, there still manages to be a sense of a complete character arc. While Bilbo becomes something of a warrior, it is most entertaining to watch him rely on his cunning to defeat his enemies.

“The Hobbit” is a “Lord of the Rings” movie made for fan boys. It may be a prequel, but it is filled with references to “Lord of the Rings” installments of the past. It feels weird to have nostalgia for something that came out only a decade ago, but that’s just the state of our culture. The return of Gollum (Andy Serkis) was most welcome for me. Gollum may be weird and hard to look at, but he is one of my favorite Tolkien creations. Watching him tear himself apart for his “precious” is sometimes funny, but mostly sad. 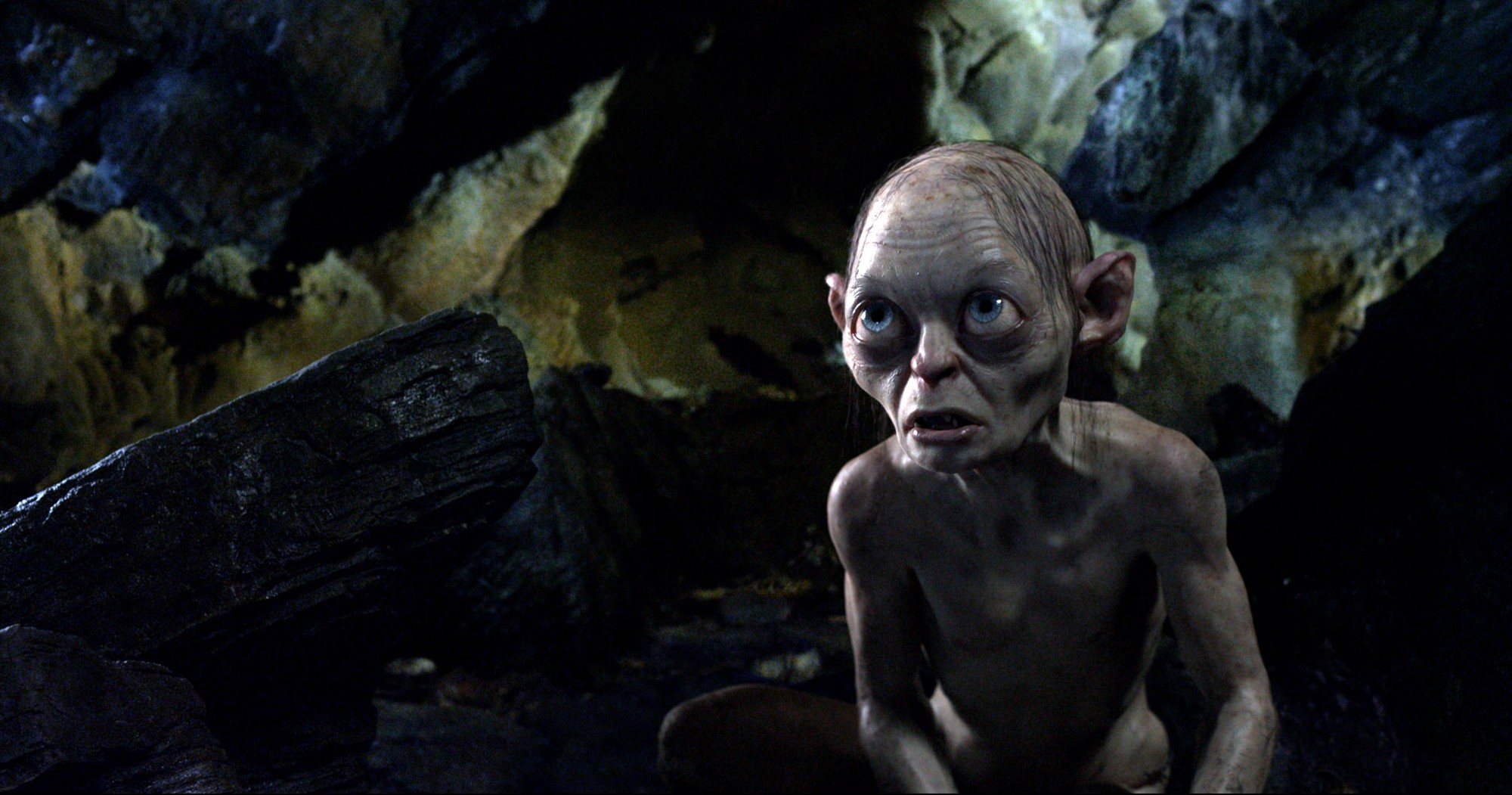 Even though this is only part one, Peter Jackson has a lot to balance here. The biggest problem with “The Hobbit” is that it may be a bit overstuffed. Most of it feels necessary, but at times it seems to have a problem knowing what moment is most important. An epic battle with Goblins (which was, no doubt, awesome) gets in the way of an epic battle with Orcs. The original “Lord of the Rings” had spread out battles that built up to one big one. At times, “The Hobbit” felt less like it was building up, and more like it was going all over the map.

As a result of this, “The Hobbit” also suffers from Multiple Ending Syndrome. It runs under three hours, yet I definitely saw many instances where it could have concluded and I would have been satisfying. However, I can understand why they built up to the ending they did, as they needed a good cliffhanger. As far as cliffhangers go, it happens to be an excellent one. It immediately made me ready to see part two.

“The Hobbit” is certainly not the most meaningful installment of the “Lord of the Rings” series. However, in a way, it is the most fun and most expansive. One of the most important parts of storytelling is world building. To me, the more realistic and creative the world that the characters inhabit is, the better the overall story is. Television has gotten really good at that, but film often forgets how to do it. “The Hobbit” does it right. While prequels are often made as an excuse to get more money out of a series, this prequel deserved to be made. There is one very meaningful part of it I would like to share, though. With all of the violence that has been shown lately in the media, “The Hobbit” includes this one amazing trinquet of wisdom from Gandalf: “True courage is about knowing not when to take a life, but when to spare one.”