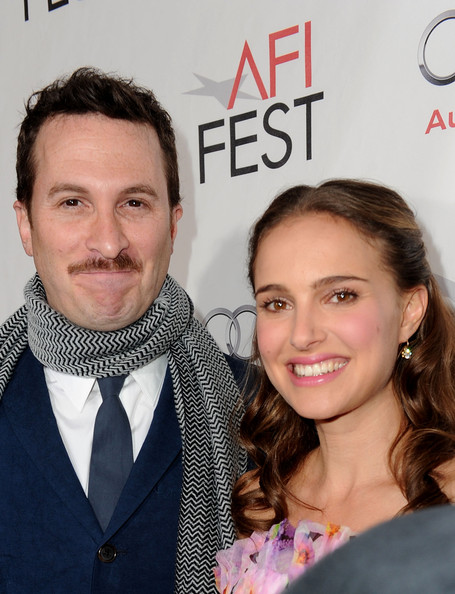 Darren Aronfosky: Clearly proud to be from Brooklyn. Image via Zimbio

Ever since I was first urged by a friend to see Pi at the ripe age of 13, Darren Aronofsky has been one of my favorite modern directors.

With each film he makes, Aronofsky explores bodily mutilation, addiction, and obsession in nearly all of his works. While each film is thematically similar, he breaks enough new ground with every film he makes that it feels new each time.

Even when he is not involved in every aspect, Aronofsky still feels like the auteur. Also, you can thank him for allowing us to imagine Natalie Portman and Mila Kunis making out at will now.

I decided to put up his latest effort, Noah (which cleaned up at the box office this weekend), with the rest of his filmography. Here is how I would rank every Darren Aronofsky film (from worst to best):

Even when he doesn’t completely hit, Aronofsky always deserves to be commended for his ambition. The Fountain takes place over the span of one millennium (probably), with many actors (including Hugh Jackman and Rachel Weisz) playing more than one role. It is ultimately about finding eternal life and at the same time, coming to terms with the inevitability of your own death. The Fountain is the ultimate love-it-or-hate-it. Like with Cloud Atlas and The Tree of Life, The Fountain is a film that enjoys bending space and time. The Fountain has a lot of ideas that ultimately come out as something of a muddle.

Noah is one of the most bizarre blockbusters out there, which is precisely why I love it. Noah is the kind of film that you will appreciate best if you accept it for what it is, as opposed to what it could be. The story would be absurd no matter what, because the Biblical concept itself is absurd. Noah isn’t about how all those animals could have gotten on that boat; it is about what you have to sacrifice when you are working for a higher cause. Oh yeah, and those rock people are pretty awesome. Basically, Noah proves that Aronofsky can take any amount of money and churn out something interesting. (Check out my review)

In any other amateur’s hands, Pi would have just looked like some film student’s passion project where they equated black and white, silences, and quick cuts with “art.” Luckily, Darren Aronofsky adds some numbers and some Hasidic Jews for an impressive debut. Pi has the energy, brains, and confidence of a director with much more experience under his belt. It plays to its Eraserhead influences perfectly. A lot of the stuff in Pi doesn’t seem like it would make sense, but Pi shows the real reason that Aronofsky has been able to cross over into the mainstream: he can make mind boggling ideas simple yet fascinating to all viewers.

3. Requiem for a Dream

Don’t let the title fool you: Requiem for a Dream is like watching a nightmare unfold but with no eject button in sight. Here is a film that follows the lives of various addicts that won’t make you feel enthralled by the end. That is to the film’s credit. We can talk about the darkness all we want. Or instead, we can also talk about the hilarious old Jewish ladies who sit outside their Brooklyn brownstones and gossip all day; they make Requiem for a Dream the nice slice of life that people rarely highlight when they discuss the film. Plus, Jared Leto, Ellen Burstyn, Jennifer Connelly, and Marlon Wayans went through significant body changes to replicate the experience of drug addiction. It was the first time that Aronofsky really experimented with the way people can harm their bodies just to gain one simple pleasure. Plus, Requiem for a Dream allows you to see a different, uh, side of Jennifer Connelly.

Black Swan is a frustrating film that is as much a work of genius as it is difficult to watch given that I, like many other rational beings, don’t enjoy watching finger nails get pulled off. There’s a reason nobody rewatches Syriana anymore (besides a crappy story, of course). Yet, Black Swan is a marvel to watch; it’s a beautiful and engrossing psychological thriller with Natalie Portman doing the most dazzling acting of her entire career. Now, I know I just used a lot of really strong adjectives that aren’t supposed to be used lightly. However, there is just no other way to describe Black Swan. At the end, Portman looks at the camera and says “I was perfect.” You’d think she was talking about the film itself. Nina Sayers might have been crazy, but she was right about that. (Check out my review)

This was a tough call. Black Swan was a close favorite and I actually wasn’t the biggest fan of The Wrestler when I first saw it (I just don’t think I was ready for the ending). Time has been kind to The Wrestler, and after multiple viewings I can declare that it is the best film that Darren Aronofsky has made so far. It is also his most personal one, even though he did not write it (that honor would go to Robert Siegel, who would go on to direct the highly underrated Big Fan). In The Wrestler, Mickey Rourke stars as Randy “The Ram” Robinson, a burned out former wrestler who desperately wants to make a comeback. The Wrestler is a series of emotional high notes. It hits every single one without blinking an eye. You will shed some tears when Rourke gives his “I’m an old, broken down piece of meat” speech on the abandoned Atlantic City Boardwalk. You will want to get up and dance as Rourke and Marisa Tomei sing and dance along to Guns N’ Roses (even if he does call Kurt Cobain “a p***y”). You will even laugh a few times (hey it’s Todd Barry!), which is not something that usually happens during an Aronofsky joint.

The Wrestler puts all other sports films to shame, as it more about the journey than the victory. You can view it multiple times, and have a different set of feelings each time you watch it. A one trick pony, this ain’t. (Check out my review)