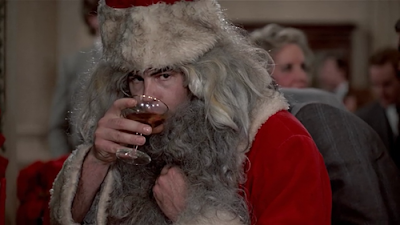 Black Friday has passed, but Americans still need something to fight about. Christmas has arrived, so fighting over the best Christmas movie seems like the logical next step.

If you are fighting the War On Christmas Movies, you probably fall into one of five camps:

1. Your Favorite is “It’s a Wonderful Life”: That means you have probably watched all of the AFI List specials.

2. Your Favorite is “Home Alone”: You grew up in the 90s. Also, you have a thing for setting up booby traps in your house.

3. Your Favorite is “A Christmas Story”: You will watch it during the entire 24 hour block that runs on TBS on Christmas Day. Also, you’re probably Jewish and couldn’t convince anybody else to go see something in theaters that day.

4. Your Favorite is “Die Hard”: You understand that “Die Hard” isn’t a Christmas movie in a traditional sense. But you don’t care, because you are way too cool for school.

5. Your Favorite is “Jingle All The Way”: Haha we get it. You like being ironic and you probably own a pair of bacon socks from Urban Outfitters and also you’re probably me.

However, I would like to stage a coup, and add a sixth film to the battle. Would anybody care to join me on Team “Trading Places”?

Okay, “Trading Places” isn’t the most traditional Christmas story. Like “Die Hard,” Christmas is more of a backdrop rather than front and center. But the holidays are an open and inviting time, just not for your drunk uncle who won’t stop talking about Obamacare.

In “Trading Places,” two rich old men with too much money and time on their hands want to settle the nature vs. nurture debate once and for all. So they find their lab rats in the form of stock broker Louis Winthorpe III (Dan Aykroyd) and homeless criminal Billy Ray Valentine (Eddie Murphy). Louis finds his money, safety, and sanity all gone. Billy Ray, meanwhile, ends up with millions. The way in which this all transpires is actually quite brilliant and elaborate. Along the way, you’ll get a glimpse of a young Giancarlo Esposito, and way more of a glimpse of Jamie Lee Curtis than you probably ever expected.

“Trading Places” came out in 1983, and is one of the best comedies of the 1980s. It is part of the trend of 80s comedies about how entertaining it is to make fun of the country club crowd. It has been playing on Comedy Central a lot lately, and it gets much better after multiple viewings. It contains some of the best work from all of its stars. It is also a sad reminder that Eddie Murphy was once one of the funniest people on the planet. “Trading Places” is a bit different from the likes of “Caddyshack” and “Ghostbusters.” A lot of jokes fall through the cracks upon a first viewing. It has a much drier sense of humor than most other mainstream American comedies of that time. Well, now that I think about it, watching all three of those movies back to back right now would be pretty awesome.

Anyway, “Trading Places” might be dark for a Christmas movie, but it still embodies the holiday spirit in a way that no Christmas movie starring Tim Allen ever could. “Trading Places” is a film about a bunch of completely different people coming closer together to defeat a common enemy. Who ever thought a businessman, a hobo, and a prostitute could get along? Well, the holidays are a time to put aside your differences and revel in warmth to escape the cold, dark winter.

While you might not have wanted your Christmas movie of choice to feature a lot of talk about whether or not man is good or evil, maybe you might want one where all the Scrooges get screwed to put you in a good mood. It’s nice that the moral in the end is that sometimes, stock fraud is okay.

Plus, if you wanted a good reminder of a few of the racist jokes you might hear during the holidays, look no further than Aykroyd’s blackface. It’s pretty offensive, but also really funny. It’s a forgiving time of year. So you can be forgiven for laughing at it.*

*You can still laugh at it any other time of year. In fact, the great thing about “Trading Places” is that unlike other Christmas movies, you are still legally allowed to watch during any time of the year that you want.