You’ll find out later in the week who I think will actually win the Awards. But for now, I’d like to share the directors, writers, and actors who would win if only I could hand out the trophies. A few you won’t surprised by, and a few you just might be.

Best Picture: Inglourious Basterds
It was the best movie of 2009 when it came out in August, and it’s still the best movie today. While this is a strong year for Best Picture nominees (for the most part), “Basterds” is more movie than any of these movies. It was almost even a magnum opus. It probably won’t pick up the Best Picture statue, but history certainly will be kind to these “Basterds.”
Best Director: Quentin Tarantino or Kathryn Bigelow
How could this be? Am I really rooting against Tarantino? While I’d love seeing him earn the first Best Director Oscar of his career, Bigelow did something special with “The Hurt Locker.” I don’t root for her solely because her win would make history, but because she directed the action so elegantly, and so ingeniously found suspense not in the moment the bomb blows up, but rather the moment before it could potentially blow our hero away. 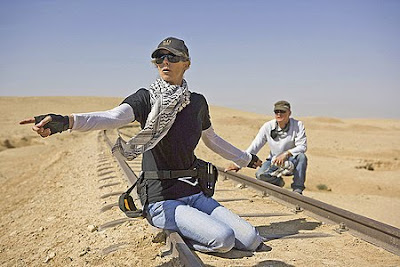 Best Actor: Colin Firth (A Single Man)
Jeff Bridges gave a fine performance in “Crazy Heart.” I root for him in a way because, well, he’s the Dude, man. But the more I think about it, the more I find it impossible to neglect my admiration for Firth. Throughout the flawed “A Single Man,” he was so perfectly understated. His reaction to his lover’s death is one that has been engrained into my memory. Simply, he showed he showed he had amazing talent I didn’t even know existed.

Best Actress: Carey Mulligan (An Education)
It’s hard to pinpoint exactly what about Mulligan’s performance was so Oscar worthy. Maybe it was just that simply through her emotions and expressions, she turned Jenny from a cardboard figure into a three dimensional human being. Her looks have often been compared to that of Audrey Hepburn. Her acting should be, as well. 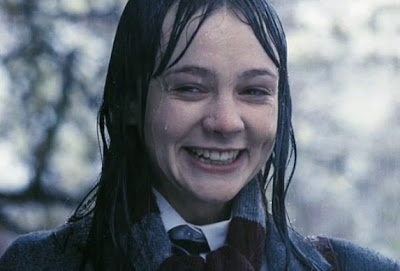 Best Supporting Actor: Christoph Waltz (Inglourious Basterds)
Am I a horrible Jew for saying I was charmed by a Nazi? Probably. I don’t care, because Waltz created possibly the most interesting and complex Nazi ever put on screen. At times, his performance is as terrifying and manipulative as it is breezy and funny. He created a character who single-handedly defines what it means to be “Tarantinoesque.” May you have a long and prosperous future of fine work ahead of you, Mr. Waltz.

Best Supporting Actress: Mo’Nique (Precious)
I still remember the day I walked out of “Precious” (then “Push”) at Sundance. Even though the whole film had made an impression on me, Mo’Nique’s performance stole the entire show. She gives the horrible Mary very few redeeming qualities, but she never neglects to make her feel human, whether that means good or bad. But then, there’s that final, heart-wrenching monologue, in which she inspires a sort of pathetic sympathy. In January 2009 I said, this performance deserves an Oscar. In March 2010, it will win one.

Best Original Screenplay: Inglourious Basterds
There’s not much more that can be said about “Basterds” that I haven’t said already, but I’ll give it a try. Tarantino’s writing deserves to win because it’s written so eloquently, and so flawlessly. Despite the fact that the time period limits Tarantino from much of his pop culture references, this script still shows his amazing ability to make long stretches of dialogue both utterly intense and extremely fascinating. We don’t get any conversations about “Like a Virgin” or cheeseburgers, but we do get an explanation for the war put in the terms of rodents. Also, we get some conversations about cinema that only a true cinephile would be able to give us.

Best Adapted Screenplay: Up in the Air
I debated giving this one to “In the Loop,” for its overly creative cursing. But the script of “Up in the Air” works both in completed film form, and on its own. In Jason Reitman’s script, he stayed loosely faithful to the book he was adapting and added his own story in. He also kept that fine balance between relevant tragedy and light-hearted yet smart humor. Simply, this script flows like water and never seems to hit a false note. There would be no great movie without this great script. Best Animated Film: Fantastic Mr. Fox
It might be blasphemous to pass over a Pixar film. However, they’ve had their moment in the sun for countless years. The true best animated film of the year was from the mind of both Wes Anderson and Roald Dahl. It ignored CGI animation and instead stuck with traditional models. Strangely, in that sense, it seemed all the more real. It’s a witty labor of love that criminally did not receive all of the love it deserved. 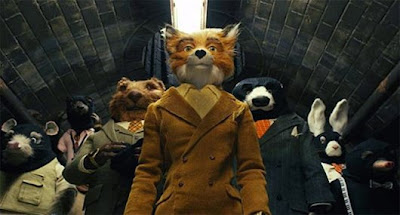