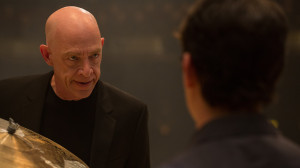 Unfortunately, I did not get to attend the Sundance Film Festival this year. This is tough, because if you’ve been to it once, then you just want to go again and again.

While I couldn’t be there in person, that doesn’t mean that I couldn’t follow all of the action vicariously. Guys, the Internet is a wonderful thing.

Through descriptions and reviews of all of the films that were screened at the Festival, I was able to compile a list of this year’s entries that I want to see the most. Who knows, maybe one of these could be the next “Reservoir Dogs” or “Clerks.” Whatever happens, at least one of (if not all) of these films will have a character who either plays ukelele or looks really sad while taking a shower.

In order to understand the film, the behind-the-scenes of “Boyhood” is crucial to know: director Richard Linklater filmed it in bits and pieces over a 12 year period in order to accurately capture the aging of the lead child character. This idea is so interesting and ambitious and proves that Linklater is secretly one of America’s most innovative filmmakers. Remember, this is the same dude that also directed “Dazed & Confused,” “School of Rock,” and “Bernie.” Linklater refuses to stick to the same style and formula, which is why I love his films so much.

I have yet to see a single Lars von Trier film (oops), but that doesn’t make me any less excited for “Nymphomaniac,” which was the surprise secret screening at the Festival. “Nymphomaniac” is an epic about sex addiction. If that doesn’t sound indulgent enough, then you should also know that the film had to be split in two, as the original cut is over four hours long. This is what we get for complaining about the length of “The Wolf of Wall Street.” For now, I will see “Nymphomaniac” partly out of pure curiosity, and partly because I never imagined that Shia LaBeouf and Uma Thurman would star together in a Danish sex comedy. Yes, I’ll watch “Melancholia” soon, so please stop asking.

Note: I am pretty sure that any photo, poster, or clip that I put up for this film will offend someone or get me in serious trouble. Go look it up at your own risk.

I try not to be pulled in to films by star power alone. However, I will make an exception to this rule when the stars in question happen to be Bill Hader and Kristen Wiig. The pair of “Saturday Night Live” alums star in “The Skeleton Twins” as a pair of estranged twins who reunite. The two of them are so good at playing silly, so this will be the first time they really get to play serious (they were both in “Adventureland” together though, albeit as comic relief). The two of them should be great in dramatic roles, just don’t join the dark side for good, guys.

“Whiplash” was one of the most highly buzzed about films at the Festival.  J.K. Simmons continues to be an underrated character actor, while Miles Teller is just about on his way to huge stardom, as long as he never stars in anything like “That Awkward Moment” ever again. Once again, I try not to be fully convinced by star power alone, but “Whiplash” had me at “J.K. Simmons yells and curses at Miles Teller a lot.” Wish I Was Here

“Wish I Was Here” garnered a strong love it or hate it reaction from Sundance crowds, and I’m not sure if that’s because of the film itself, or because Zach Braff is a fairly divisive figure. I am excited to see Braff’s long awaited Kickstarter-funded directorial follow up to “Garden State.” While it seems fairly uncool to like “Garden State” anymore, it is important to remember that most of the annoying indie tropes associated with the film were original at the time that it came out. Therefore, it is the imitators, as opposed to the inventors, who deserve more of the blame here.* Anyway, if a film caused this much debate at Sundance, then there must be something interesting about it. Hopefully, this could also serve as a comeback for Kate Hudson, who deserves better roles after years stuck in rom-com hell. Also, I am required to end this paragraph by saying that this film also stars Mandy Patinkin.

*But that whole “two people connect while listening to The Shins” thing? That’s all on you, Braff.

Films I Would See Based On Their Titles Alone: Afronauts, Dear White People