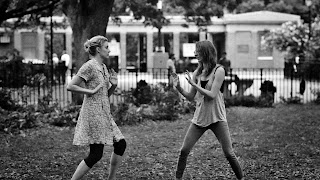 We live in a weird time for movies. The phrase “TV is better than movies” gets thrown around constantly. While this statement is accurate most of the time, with “Breaking Bad” and “Orange is the New Black” providing hours of entertainment, there is still a beauty in telling a complete story in 120 minutes or less. While this summer had its share of mind-numbing blockbusters, it was also as good as ever. Summer is the time when all the movies that got distribution deals and big praise at Sundance get released so if you look closely enough, you’ll find a slew of great films every summer. So here it is, the top six films of the summer of 2013. I chose six because numbers.

“The Heat” was by far the best surprise of the summer. Then again, I was wrong to ever doubt the meeting of the minds of Paul Feig (“Freaks and Geeks,” “Bridesmaids”) and Katie Dippold (“Parks and Recreation”). The fact that this is a female buddy cop movie doesn’t make it special, it’s the fact that it holds nothing back. In its third act, “The Heat” suddenly goes balls-to-the-wall. Never in my life did I think a tracheotomy could be so funny. There are also scenes of never-ending banter that never feel too long. In the end, the surprisingly palpable chemistry between Sandra Bullock and Melissa McCarthy helps to keep the film afloat and funny.

Note to the brave men and women out there who cut movie trailers together everyday: try and hold back on the ukelele scenes, they tend to be misleading. “Frances Ha” is less a pretentious little indie than a truthful look at the lives of confused, pretentious twentysomethings. “Frances Ha” is the most satisfying film of Noah Baumbach’s oeuvre so far. Maybe it’s because him and Greta Gerwig have such a natural chemistry as a director-writer-actress team, or maybe its because this is the first one of his films that has a satisfying ending. Also, listen for one of the most diverse and catchiest soundtracks of the year.

I cannot tell a lie: I’m not quite sure how to review a documentary. What makes a good documentary anyway? Is it because you agree with the point its making? Or is it because of the way it’s gotten that point across? I guess it’s a little bit of both. Regardless, “Blackfish” is one of the most terrifying documentaries I’ve ever seen. “Jaws” made people never want to go back to the beach again. “Blackfish” guarantees that you’ll never want to step anywhere close to a Sea World for the rest of your life. “Blackfish” has an argument (keeping orcas in a tiny tank is dangerous on their physical and mental health) and it presents it in such a way that its impossible to dispute it. “Blackfish” has haunted me all summer long, but what people aren’t talking about is the detailed way that it focuses on the beauty of the orcas.

See the top three after the jump:
3. This is the End

They say that once you go meta, you can never go back. Then why do I still want to see movies written and directed by Seth Rogen and Evan Goldberg? “This is the End” is the funniest movie so far this year. It includes some of the best comedians and actors out there skewing their personas. It’s the only place this summer that you’ll see Michael Cera get impaled by a flagpole. What really makes “This is the End” a winner is that despite the apocalyptic explosions and demons, this is a very sweet, very human comedy, mainly because the friendship between Seth Rogen and Jay Baruchel is the true focal point here. Think of it as “Superbad,” but with well endowed demons.

Woody Allen makes so many movies that it seems like he has a comeback every few years. “Blue Jasmine” is the darkest and sharpest he’s been in years, as he chronicles broken middle-aged people dealing with the fallout of the financial crisis. Allen navigates a new territory (San Francisco) well as well as a flashback structure that he hasn’t dealt with in years. As the disturbed and broken Jasmine, Cate Blanchett gives the best performance so far this year. She’s equal parts frightening and heartbreaking and I wager a lot of Reel Deal posts praising her performance that she’ll be on the Oscar ballot next year.

1. The Kings of Summer

This was one of the first films I saw this summer and it is still my favorite. “The Kings of Summer” managed to avoid all of the cliches of the teen summer comedy. Director Jordan Vogt-Roberts delivers a comedy that is fresh and original. While it is often light and fun, it deals with some heavy issues in a mature way. Think of it as a more grounded version of “Moonrise Kingdom.” “The Kings of Summer” includes tremendous breakout performances from the three teen leads, especially Moises Arias as Biaggio, one of the most memorable characters of the summer. The film also has some of the strongest performances of the year from the likes of Nick Offerman and Megan Mullally as well as a variety of great cameos (Hannibal Buress, Kumail Nanjiani). Inexplicably, “The Kings of Summer” couldn’t find an audience this summer. However, in terms of comedies about a group of friends running away from home for a life in the woods, “The Kings of Summer” is up there with “Stand By Me.”