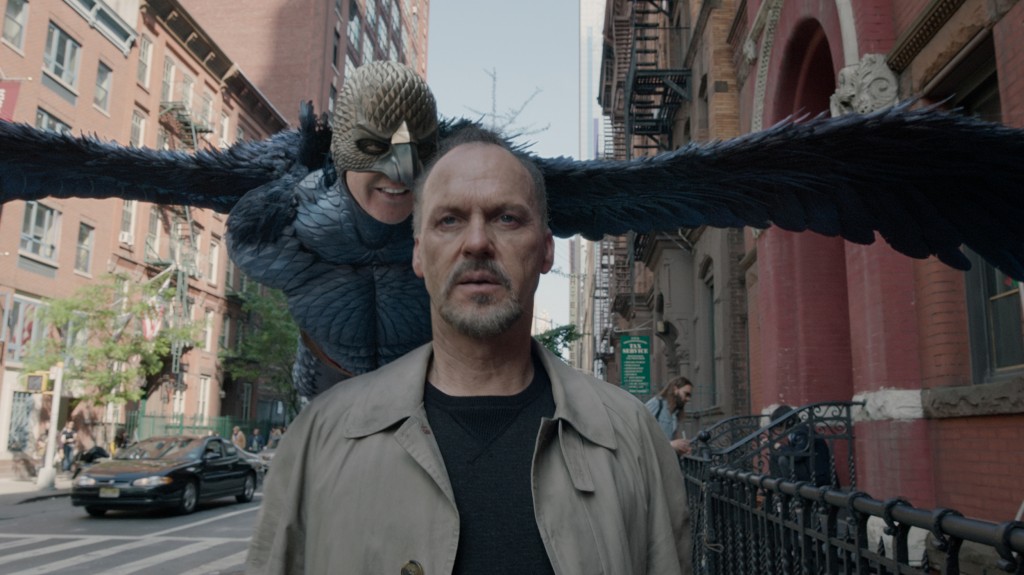 If cinema is a religion, then the Oscars are its biggest holiday.

I mean this in the same way that sports are also like a religion, and the Super Bowl is its Christmas. If sports are the biggest religion, then cinema is a much smaller one, and one that you might have to be crazy to follow. Fittingly, movies are like Scientology. And it is ironic that the ceremony focuses on bowing down to a golden idol, given that the main participators are typically Jewish and idol worship is a no-no if you’re up to date with your Torah studies.

Anyway, the Oscars do what any good holiday should do: distract us from the cold, dark world that surrounds us. Without the Oscars and all of the other precursors leading up to it, all we would have is Seventh Son and The Duff.

This year’s race is wildly unpredictable, which rarely happens. This year’s supposed frontrunner, an underdog itself, has suddenly found itself eating the dust of a film that nobody knew was even in contention for underdog status. However, I love both the films in question and the only way to really judge them is time. But like I said, we all must distract ourselves from the darkness of reality with shiny statues.

My predictions are not based on exact science. They are a mix of precedent (patterns and guild award winners) and completely random speculation. I am not an Oscar voter, because I am under the age of 75. Therefore, I have no inside knowledge. Here is who I think will win at the Oscars this year:

The Theory of Everything

This is one of the least predictable Best Picture races in years. Finally, some real competition. Whichever film whens, somebody will be very, very angry. A few weeks ago, it seemed like Selma had gained some momentum over its egregious snubs. But then, the controversy turned from shouts to whispers. American Sniper‘s astounding box office has dominated the cultural conversation for most of the beginning of 2015. But as Avatar and Gravity have shown, box office numbers don’t necessarily equal a Best Picture trophy.

This is really a two horse race between Boyhood and Birdman. Boyhood still has a shot at snagging the trophy, but Birdman has gained the most momentum in recent weeks. Suck it, mean theater critic who was probably representative of mean film critics!

The Best Director category tends to go to the director with the flashiest visual achievement (see: Alfonso Cuaron for Gravity). While Linklater’s 12 year project made him a frontrunner early on, Innaritu’s continuous take is more technically ambitious.

Eddie Redmayne (The Theory of Everything)

This is one of the tougher categories to predict, and there is a really strong that Michael Keaton could still go home with the gold. He has the “comeback card” and the “I am kind of old and still haven’t won anything card” to play. However, Eddie Redmayne took home the SAG Award (they almost always line up with the Oscars). Plus, everybody knows how much the Academy loves themselves a biopic.

Felicity Jones (The Theory of Everything)

It seems a little weird that Julianne Moore hasn’t won an Oscar yet. She is Hollywood’s red headed queen. Her role in Still Alice is the kind that could win just about anybody an Oscar, given that the Academy’s love of disease and disabilities is almost too easy to make fun at this point. This is not to diminish Moore’s work, which will earn her a well deserved first Oscar.

This has been a foregone conclusions since critics first saw Simmons slap Miles Teller across the face at Sundance last January.

Meryl Streep (Into the Woods)

Meryl Streep is basically an Oscar figurehead at this point. Emma Stone and Laura Dern both deserve their moment in the sun. But it is not this moment. Sunday night belongs to Patricia Arquette.

Given that Birdman will likely dominate in the top categories, a screenplay honor would make sense. After all, its winding monologues and ambiguous characters are screenwriting gold. However, I think this is The Grand Budapest Hotel‘s best chance at nabbing a trophy. Hey, it’s about time Wes Anderson got an Oscar to put next to the vintage yarn balls and Francoise Hardy action figures on his very crowded mantle.

The Theory of Everything (Anthony McCarten)

The Academy really screwed Damien Chazelle over when they nitpicked and classified Whiplash as an adapted screenplay, when it is really an original one. This caused a lot of confusion between the Writers Guild and the Academy. Moral of the story, life is politics. Anyway, The Imitation Game took home the WGA’s big prize, which would usually make it the automatic frontrunner. However, I refuse to believe that a film with dialogue corny enough for an Apple commercial could win a prize for writing (note: I say this as a fan of the film). Oscar voters will often make their riskiest choices in the writing categories, so I have faith in a dark horse win for Whiplash.