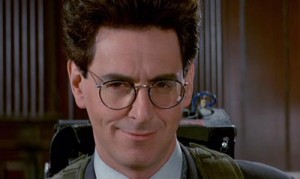 Actor, writer, director, and producer Harold Ramis died earlier today in his home. He had been battling illness for a long time. He was 69.

Ramis’ body of work is extraordinary. He started as an improviser and during his long career, he wrote and starred in such 80s classics as “Ghostbusters” and “Stripes.” He has had small but memorable roles in modern comedy classics like “Orange County,” “Walk Hard,” and “Knocked” Up.” He also directed the likes of “Caddyshack” and “Analyze This.” Let’s not talk about “Year One.”

Perhaps Harold Ramis’ defining film as a director is “Groundhog Day.” “Groundhog Day,” the story of a man who relives the same day over and over again, has gotten better with every passing year. It has one of the best scripts ever written, and it is a shining example of how to execute an insane idea with the utmost sincerity. Dave Itzkoff said it perfectly: every radio station should be playing “I Got You Babe” today.

“Groundhog Day,” which is a metaphor for many things, could also serve as a metaphor for Ramis’ career. Perhaps he was living the same day over and over again, and that’s why he could do so many things at once. Ramis even directed multiple episodes from the golden age of “The Office.” This guy made comedy, film, and television better during his life time. Probably the best thing he ever did in his lifetime was turn Bill Murray into one of the funniest people ever.

The best way to understand what makes comedy great is to just watch it. Here are some of my favorite clips of Ramis, either from something he starred in, wrote, or directed: