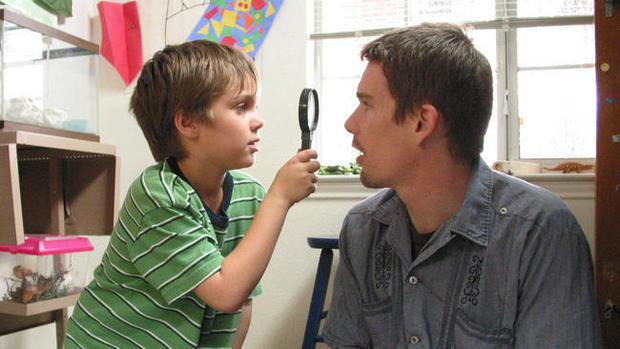 Most of my film experiences this summer were nothing but pleasant. Besides anything Michael Bay had his name on, there were very few complaints to be had about the intelligence of Hollywood blockbusters (in retrospect, I even enjoyed Winter Solider). In the art house world, some directors were doing things with the form that nobody has done before. Well, that happened in the blockbuster world as well.

Film is in a transitional period. This was the summer of On Demand, where a lot of films were available on your TV set the same day they were playing in select theaters. While I still prefer a trip to the theater any chance I get, it was nice to have access to the sort of films that usually don’t expand nationwide. It is too bad this wasn’t around when I was a high schooler yearning for my hometown to be a hip, indie place.

Here are my top six films of summer 2014. I choose six because math is irrelevant to me:

There is nothing like a good summer indie to get away from all of the blockbuster explosions. Obvious Child was the breath of fresh air I needed. While Obvious Child wasn’t the most original romantic comedy ever made, it was never trying to be. In this tale of abortion, the one thing it is striving for is honesty, and that is exactly what it achieves. Plus, Jenny Slate delivers a career-defining performance. She turns all the noises she makes and fart jokes she tells into art.

With both The Lego Movie and 22 Jump Street under their belts, Phil Lord and Chris Miller have made two of the best movies of the year. By seamlessly combining action and comedy, 22 Jump Street is the rare sequel that manages to surpass the original. It takes meta to the extreme without crashing and burning. Oh, and it is hilarious. At this point, Lord and Miller could film a pile of dog poop for three hours and everyone in America would pay to see it.

This film about the American Dream does not shy away from the grittiness of history that historical films often try to conceal. The Immigrant contains a great performance from Marion Cotillard and a mesmerizing one from Joaquin Phoenix. It concludes with an ambiguous final shot that will one day be studied in film classes. In terms of stories of dirty, miserable, early 20th century New York, The Immigrant is a fine companion piece with The Knick (which you all should be watching).

The best of summer indies combined with the best of summer blockbusters make for the most entertaining allegory in ages. Chris Evans proves that he is an action star for the ages, and Tilda Swinton proves that she can play anything, even if you don’t understand what her character is. Snowpiercer is about rebellion, the class system, and even God. Not to get all current event-y here, but look at some of the recent events happening in Ferguson or the Middle East, and tell me that doesn’t remind you of Snowpiercer at all.

2. Guardians of the Galaxy

This coming-of-age epic was twelve years in the making and worth the wait. The way Boyhood was made is an achievement on its own, so the fact that it was actually good is pretty amazing. This is the first film I have seen that I feel like really captured my childhood, though people that grew up in every generation have said the same. Richard Linklater’s ability to hold my attention for nearly three hours with nothing but conversations and small milestones is miraculous. If Patricia Arquette, Ethan Hawke, and most of the other people involved don’t get Oscar nominations, then I will be extremely disappointed. There are so many moments in Boyhood that could have turned out to be terribly corny (“we don’t seize the moment…the moment seizes us”), but the overall authenticity truly sells it. Guardians of the Galaxy made me remember why I love movies, while Boyhood made me remember why I love life, even in all of its triumphs and failures.

Honorable Mentions: Life Itself, Edge of Tomorrow, X-Men: Days of Future Past, They Came Together