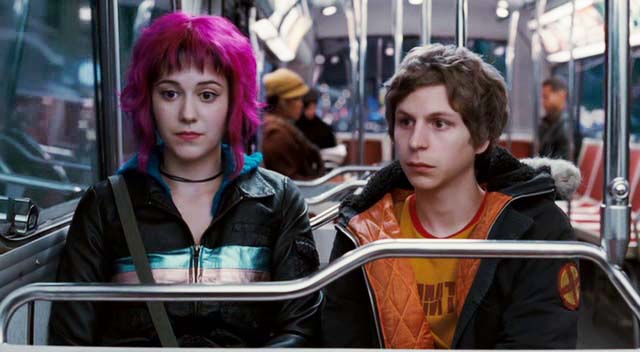 The comic book movie is alive and well, and it isn’t going anywhere anytime soon.

For a bit of time, I tried to resist it. Maybe I just wasn’t used to living in a world where it was cool to like comics. Not that there’s anything wrong with that. As long as knowing the score to the Giant game isn’t a necessary element of small talk, I can get used to this new world order.

It makes sense why Hollywood would want to adapt graphic novels and comic books onto the big screen. After all, comic books are kind of like storyboards but with a lot more onomatopoeias. Today’s breed of comic book movies go well beyond superheroes. There’s anti-heroes, talking trees, and even Canadians.

Comic book movies have become a genre of their own, albeit one that encompasses many other sub-genres. With Guardians of the Galaxy out this week, shattering box office records and bridging the divide between fan boys and critics, it is as good a time as ever to celebrate comics. I have dabbled in reading comics, but my knowledge of them comes more from film. Here are the rules in order to be qualified for this list:

1. Must be adapted from either a comic book or graphic novel.

2. Either it is the best possible representation of a comic book on the screen, or it does something completely unprecedented with the format.

4. It does not star Ben Affleck. Sorry, buddy.

10. A History of Violence

This dark meditation on violence in America is about as brutal and explicit as you’d expect any Cronenberg Joint to be. A History of Violence doesn’t look or feel like a comic book movie at all; it’s set in a small town, nobody ever steps in toxic waste and gains super powers, and the hero is more of an anti-hero. A History of Violence is too often overlooked; even I wasn’t a huge fan of it when it first came out. The film boasts career best performances from the likes of Viggo Mortensen (at the time just known as Aragon), Ed Harris, and William Hurt.

As I wrote last month, Snowpiercer is a cult classic in the making. It is based on a little known French graphic novel that feels like it was meant to be a movie. It employs every genre from martial arts, to dystopian sci-fi, to black comedy. It is one of the most intricately detailed and original sci-fi universes in recent memory, with each section of the train that it takes place on having its own unique story to tell. In ways, Snowpiercer feels like a multimedia adventure: part comic book and part video game, in cinematic form.

The original X-Men movies shaped much of my understanding of comic books. In fact, I loved the movies so much (not you, Ratner) that it inspired to buy some of the comics themselves. I almost put the original X-Men on because I watched the shit out of that DVD copy from Blockbuster. Besides some fantastic action set pieces (Magneto’s prison escape is especially noteworthy), X2 stands out by turning its biggest villain into a hero, as all the mutants now must fight for survival. X-Men has always been an allegory for Civil Rights, and X2 is when it worked the absolute best.

Spider-Man holds a very special place in my heart. In fifth grade, I wore my DVD copy out. My love of the movie then led me to find my brother’s giant box of comics in the attic, and then me reading them. So, I also thank him for being much cooler than me. Spider-Man is not perfect, and it deviates from the source material in many ways. For instance, Spidey couldn’t actually blast webs out of his arms. Nit-picking aside, this is exactly what a Spider-Man movie should be, and it showed how Peter Parker, the vaguely Jewish* outsider, was one of the most relatable heroes out there. Raimi’s first Spider-Man would lead to an even better sequel (more on that later).

Iron Man was the hero that a country going through two wars needed. Tony Stark might be the coolest, most confident super hero alter ego out there. He is perfectly portrayed by Robert Downey Jr., who made his giant career comeback here. Iron Man mixes action and comedy perfectly, making it one of the more fun Marvel adaptations. Plus, it has a great twist ending, and it represents a time right before Marvel started using its own movies to promote movies that hadn’t even been made yet.

Besides Planet Terror, Sin City is the best thing that Robert Rodriguez has ever done. This is one Tarantino ripoff that deserves to be mentioned in the same class as Tarantino, and that’s not just because Tarantino was somewhat involved in this project. Sin City is an interlocking crime story set in the grimiest city imaginable, the kind of place that makes even Gotham look tame. It’s shot in gorgeous black and white with splashes of red. A Dame to Kill For needs to come out already.

The movie that changed the game, for better or worse. The Dark Knight transcends the comic book movie into something between allegory and tragedy. Heath Ledger scored a well-deserved Oscar for his performance as The Joker. With all of his weird facial ticks and unpredictable impulses, Ledger’s performance is still as terrifying today as it was back in 2008. The Dark Knight ushered in an era of the gritty blockbuster, where every action movie thought that being dark would make them good. But The Dark Knight wasn’t good just because it was dark; it had a powerful story. It was about something. And most of all, it was still a blast to watch.

3. Guardians of the Galaxy

Speaking of which, Guardians is the first official film of the post-gritty era. In fact, it feels less like a comic book movie and more like a throwback to Raiders of the Lost Ark. It contains five protagonists who are all fully fleshed out. Maybe the best part about is that it is the rare super hero movie in which all of the heroes are true outcasts. They wear their flaws on their sleeves, and that it what makes this space opera so relatable. It is still in theaters. You have no excuses. Go see it right now.

I do not hesitate to call Spider-Man 2 a masterpiece. Not only is it one of the best comic book movies of all time, it is also by far one of the best sequels. Like any good sequel, it expands upon the original and doesn’t just repeat all of the best parts of it. With Spider-Man 2, Sam Raimi proved that he was the perfect choice to direct a super hero movie, as he strikes the perfect balance between the silly and the sincere. Here is a super hero movie that asks the deep, dark existential questions behind being a super hero, and at the same time it is as fun as any summer blockbuster should be. It is a good thing that this was the last Spider-Man movie ever made, and that there were no future Spider-Man movies that might possibly have ruined the franchise’s reputation.

1. Scott Pilgrim vs. the World

Upon its initial release, Scott Pilgrim vs. the World was a box office flop. Today, it’s the kind of movie that you will see on cable and then watch it until the end because you have no choice. Scott Pilgrim is not about a hero, but rather its about somebody who is selfish and sometimes a little insufferable. Scott Pilgrim might be the only movie based on a comic book I have seen where it literally looks like a comic book come to life. It is a visually arresting spin on everything from nostalgia to video games (the Pee Bar is one of the film’s funniest moments) to romantic comedy. It is clever when it could have so easily been snarky. Scott Pilgrim is a perfect display of Edgar Wright’s genius, and it makes me all the more sad that we will never get to see his version of Ant-Man.