I just touched ground in France today and could be described as a jet lagged zombie. Apparently, staying up until 10 PM (French time) is the cure to jet lag. Luckily, I have not reached brain dead level of zombie yet.

Movie watching has not begun yet. However, that will happen in the next few days. I was informed that there may be a James Bond marathon on the beach. I guess it is fitting, as Nice and Cannes resemble the kind of towns that Bond would likely frequent. A film that can be shown beyond its typical medium is a special thing. And because it is James Bond (and includes the likes of “Thunderball” and “From Russia with Love”), you can bet I will be in line for tickets.

So far, this is my first impression of France. Not too shabby: 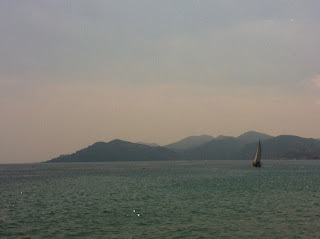 And contrary to popular belief, the French have a very good sense of humor: 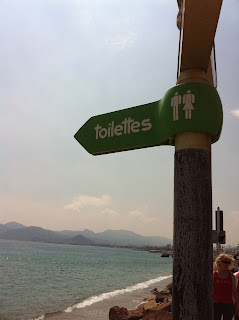