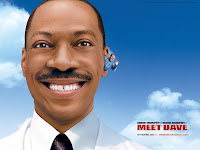 As if the Academy Awards hadn’t already lost enough of my respect by passing over both “Inglourious Basterds” and “The Social Network” for Best Picture, AMPAS has officially chosen Eddie Murphy as their host this year.

This is not to say Eddie Murphy isn’t funny. After all, he did make it acceptable for a black man to play an old Jewish man in “Coming to America.” However, his comedy choices over the past decade or so have been incredibly questionable. I could bring up “Norbit,” but that’s too easy. Instead, I will remind you all of “Meet Dave,” a movie in which Eddie Murphy plays Eddie Murphy inside of a space ship that is also Eddie Murphy. That sounds less like a real movie and more like something Tracy Jordan would have starred in.
Hopefully, Eddie Murphy could use this opportunity as a big comeback. Or Academy members will use this as a future opportunity to actually find a comedian people still like. Stephen Colbert? Jimmy Fallon? Donald Glover? Any of these would have been good choices.
Perhaps Murphy can pull this off, and bring everyone back to the days when he was a live performer on “Saturday Night Live.” However, I highly doubt anything we see this year will be sadder than watching all of the charm being sucked out of James Franco and Anne Hathaway as occurred in last year’s ceremony.*
*Editor’s Note: Anne Hathaway is still the most beautiful woman ever to walk the face of this Earth.
Share on Tumblr